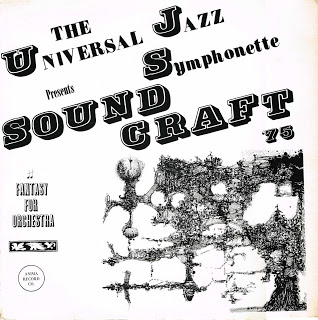 “Earl” “Goggles Freeman was an outcat’s cat: musician, poet and visual artist. He was also an interesting guy. Born in Oakland, Mr. Freeman was an enigmatic but notable musician. He was most active recording-wise as an expat in the ’60s Paris jazz scene. His discography features dates with Archie Shepp and Sunny Murray, Kenneth Terroade (Nathan Howard), Selwyn Lissack and Mike Osborne. He was a Korean War veteran and wore an aviator’s cap with goggles all the time, which is why his nickname. He is also believed to have worn a parachutist on stage at least once. Freeman was taken into question by French state investigators in 1972. They declared that he had a “Dangerous Politic Image”. He fled to Amsterdam under threat of being imprisoned. After he hung t for some time, some people smashed his bass and signaled that it was time to move on. Freeman lived in New York City during the mid-’70s. He would perform occasionally with The Music Ensemble. The Universal Jazz Symphonette was also his direction, as can be heard on the mysterious Soundcraft ’75 record. Although the fidelity of the recording is not perfect, it is still highly sought-after because it contains some of the most important recordings from William Parker, Daniel Carter and Billy Bang. Also, there are many young musicians who were active during this period, such as Philip Spigner and Henry P. Warner. Adeyeme (incorrectly credited as Abe Yeme on the LP sleeve), who would later collaborate with Freeman in The Freestyle Band.” from artists/freestyle.html