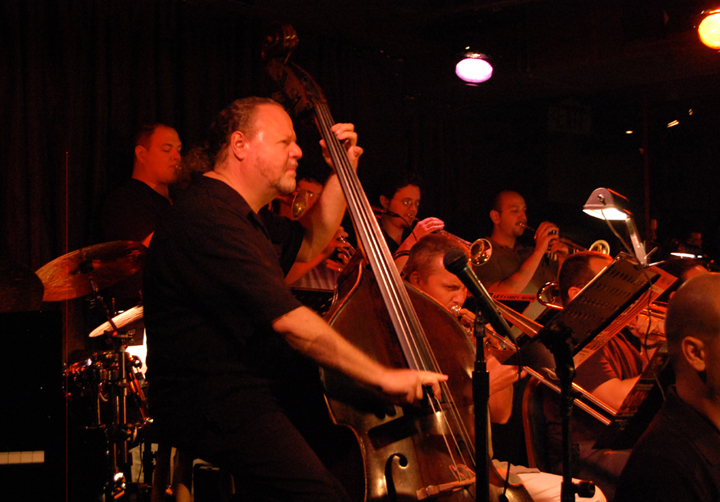 Chuck Bergeron, a renowned composer and bassist from Miami, formed the first professional jazz rehearsal band in the Greater Miami/South Florida region in June 2006. This 16-piece band made their professional debut as the South Florida Jazz Orchestra on October 4, 2006. This performance was a bold attempt at filling a long-standing void in the local jazz scene. This is a historic musical moment in many ways. Bergeron is a University of Miami faculty member who has recorded and performed with legends such as Stan Getz and Joe Williams. Bergeron has a longstanding relationship with John Fedchock, the New York trombonist who leads his own big-band. He also has experience playing with big bands like Woody Herman and Buddy Rich so it is only natural that he should lead his own big-band. Chuck is also the musical director of Kevin Mahogany, an incomparable jazz vocalist who performed as a special guest with the group. The music was amazing, with a standard repertoire that included Thad Jones and other artists.