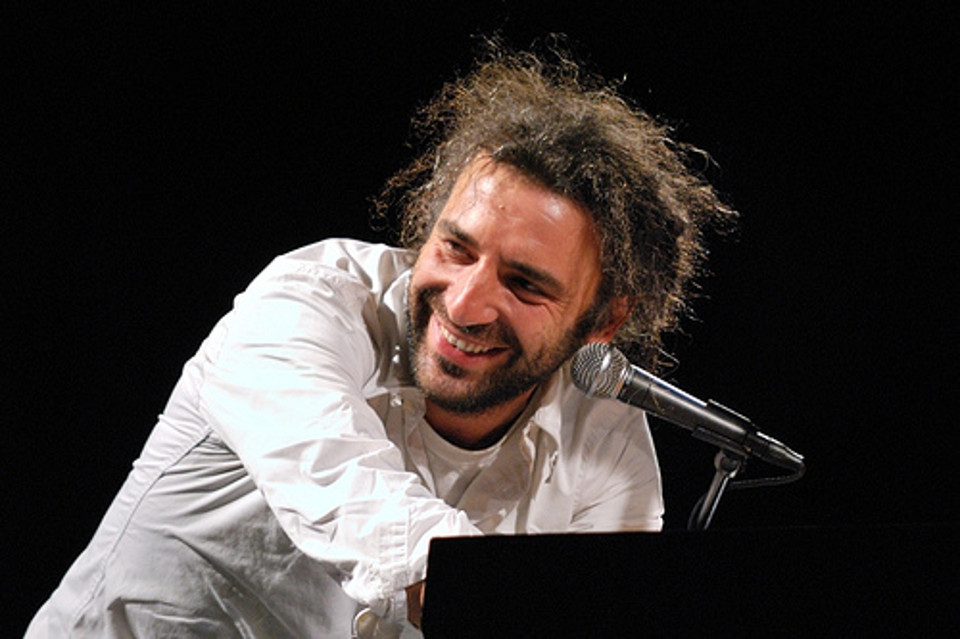 Stefano Bollani, a six-year-old boy, wanted to be a singer and would sing along with his family on the keyboard. He recorded a cassette with himself playing and singing, and sent it to Renato Carosone along with a letter explaining the dream. Bollani responded by telling Carosone to listen to lots of blues and jazz. The second volume of Fratelli Fabbri’s jazz encyclopaedia was his first record. He enrolled at Luigi Cherubini Conservatory in Florence at age 11. In 1993, he earned his diploma as a pianist. He began playing pop music professionally at age 15. Franco D’Andrea, Franco D’Andrea, and Luca Flores were his teachers at Siena Jazz. Enrico Rava, who he first met at Teatro Metastasio, Prato in 1996, invited him to join him in Paris. Don’t be afraid to take a risk and give up pop music in order to devote your life full-time the music that you love. Bollani took Rava’s advice and decided to leave Jovanotti’s tournee. He embraced jazz, the language of improvisation, and freedom. Bollani’s rapid rise was marked by fast laps. From his important and ongoing collaboration with Enrico Rava, to his affirmation by Musica Jazz magazine (best young talent 1998); to making records and performing tribute shows to pop music (Abbassa la tua Radio with, among other things, Peppe Servillo and Irene Grandi), to recording and performing tribute-shows (Abbassa la tua Radio with, among others) Elio from Storie tese and Guarda che luna Gianmaria testa and Banda Obsiris, up to winning Premio Carosone in September 2003 in Naples. Even in Japan, they were able to connect with Stefano Bollani. Swing Journal, the nation’s leading jazz magazine, gave him the New Star Award in 2003. This was the first award given to a European musician. Apart from his “historical” collaboration, he played with many others, including Gato Barbieri and Michel Portal, Phil Woods and Han Bennink. He has also appeared on some of the most important stages in the world (from Umbria Jazz in New York to Montreal Festival, Town Hall in New York to Scala in Milan). His music is often full of irony. This is a characteristic of all his music, some of which are quite offbeat and bizarre, such as Gnosi delle fanfole (1998) in which he and Massimo Altomare set to music the surreal poetry by Fosco Maraini. Cantata dei pastori imobili, a musical oratory for four voices, narrator, and piano, with texts by David Riondino and published in a slipcase by Donzelli (2004) Four recordings were made for Label Bleu: les fleures bleues 2002. This was a tribute to Raymond Queneau. He also recorded the solo recording Smat smat 2003 with Scott Colley and Clarence Penn. Concertone (2004), a composition for jazz trio or symphonic orchestra, was recorded with Paolo Silvestri’s arrangements and direction. Finally, I Visionari is his first recording. It features Mirko Guerrini, Nico Gori, Ferruccio spinetti on the double and Cristiano Calcagnile and Ferruccio, Ferruccio, Ferruccio and Ferruccio, Ferruccio and Ferruccio, Ferruccio, Ferruccio, Ferruccio, Ferruccio, Ferruccio, Ferruccio and the clarinet, Ferruccio, Ferruccio Calcagnile, Ferruccio Calcagnile and Cristiano Calcagnile and Nico Gori, Mirko Spinetti on the s and Nico on the double basse, while they are all of the drumm and their new band, who were formed by Cristiano Calcagnile and the drums He began to play with Morten Lund and Jesper Bodilsen, Danish musicians. They recorded for Stunt Records, Mi ritorni mente, and Gleda Songs from Scandinavia in 2003. He published L’america di Renato Carosone (Elleu 2004) as part of the “Racconti di canzoni” series. It was a tribute to swing and jazz in Italy, and especially to Carosone. The Jazz series of the weekly magazine LEspresso released the first Italian CD featuring Ares Tavolazzi, Walter Paoli, and this past May. The Japanese label Venus Records had previously released the previous discs. Stefano Bollani was recognized for his brilliant and unique personality and natural talents as an entertainer. He was the only Italian jazz musician to be compared against Fethry Duck. September 2006 saw the release of Piano Solo, his first CD for ECM. It quickly rose to the top in jazz sales charts, landing the 31st spot in the SorrisieCanzoni chart. His first novel, La sindrome de Brontolo was published by Baldini castoldi, Dalai. According to the Downbeat magazine, he is ranked eighth among jazz new talents and third among young pianists around the world. He is ranked by the New York critics of Allaboutjazz magazine among the top five musicians of 2007. He is also awarded the Europejazzpreis in December 2007 as the european musician of year. His final work is an incursion into Brazilian music, “Bollani carioca”, which he recorded in Rio de Janeiro together with prominent local artists. He performed with them in many cities in Brazil. On the 1st of December 2007, he was the second musician to ever play a grand piano inside a Rio favela. Antonio Carlos Jobim was the first to achieve this feat. from www.stefanobollani.com