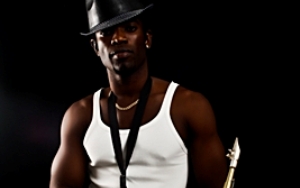 Steve Bedi was the son of a soldier and his passion for music stemmed from military brasses and drums. He remembers having a deep interest in music since he was six years old. By the age eighteens, he was playing trombone in his school band. He was inspired by Louis Armstrong at an early age and began listening to music featuring the saxophone after completing secondary school. He fell in love with the instrument at this point and was heavily influenced by Kenny Garrett and David Sanborn as well as Kenny G, John Coltrane, and Kenny G. He was faced with a decision: would he continue his education or pursue music full-time? Because he was the only musician in the family, he chose to pursue music full-time. He faced opposition from his relatives and friends. He describes the journey that led him to being able record his debut album, as a difficult one. He has performed in Europe and South Africa and has persevered through many difficult times. from http://www.reverbnation.com