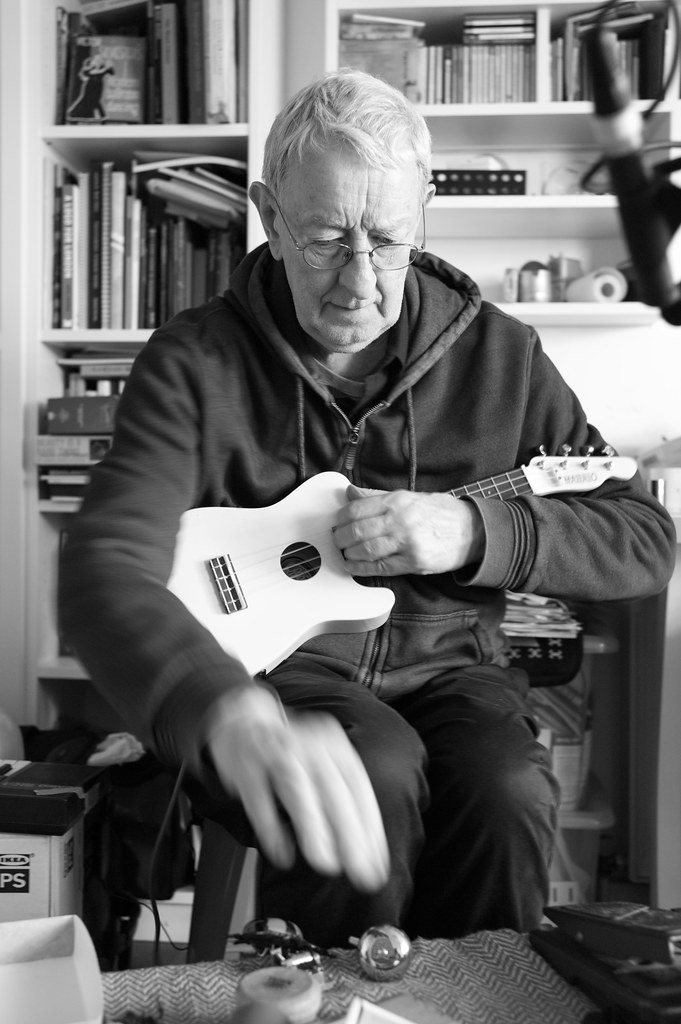 British jazz pianist and film composer, Steve Beresford, has played in a variety of bands. Steve Beresford is an accomplished multi-instrumentalist in jazz and avant-garde music. Beresford is a composer and arranger. He also plays trumpet, euphonium and low-grade electronics. When he was seven years of age, he began studying classical music and piano. At the age 15 he started to study orchestral music through the trumpet in order to be better prepared for university music reading. He played the Hammond B-3 Organ in a Motown-styled cover band that covered soul music. After graduating from York University, Beresford continued to live in York, where he was involved in theatre groups, played improvised musical instruments, and promoted improvised concerts. He also brought Han Bennink, Derek Bailey, and their duo to York. Beresford immigrated to London in 1974 to become involved in music scoring for movies and dance. He also plays music that ranges from free improv and reggae. Beresford was part of an early Company version in the late 1970s. He joined Alterations in 1977. This group included guitarist Peter Cusack and flutist David Toop. It lasted for nine years. He and Evan Parker co-ordinated the Dedication Orchestra in the early 1990s. This orchestra covers the music of South African jazz legends. He performed with Shaking Ray Levis in 1994. He taught piano at North London schools once per week in the late 1990s and improvisation at University of Westminster. Allmusic