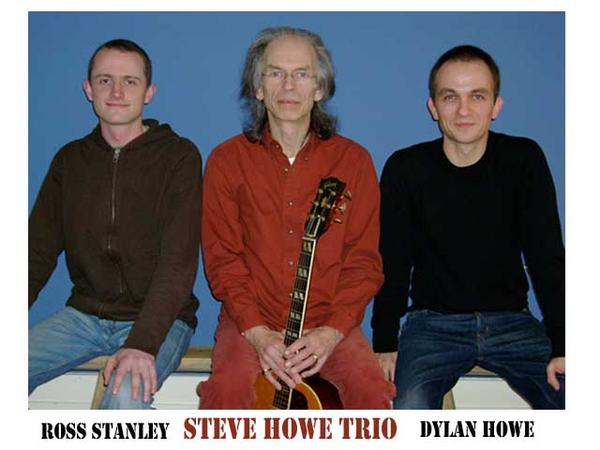 The Steve Howe Trio is an English jazz trio led by the famous guitarist from Yes and Asia, Steve Howe. It was formed in 2007 by Steve, his son Dylan Howe on drums and Ross Stanley on Hammond organ. They toured the UK in 2007. The show created a friendly tension between Steve Howe’s compositions and Yes lineage and the hard bop jazz of Dylan Howe and Stanley. The set list included songs from jazz guitarist Kenny Burrell (S. Howe says he’s a very important reference to him), Steve Howe solo career and Yes albums. After a break, they toured again in June 2008 and released a studio album, The Haunted Melody. Further touring following in March 2010,plus a live album, Travelling, taken from shows in the UK and Canada in 2008 from http://en.wikipedia.org/wiki/Steve_Howe_Trio