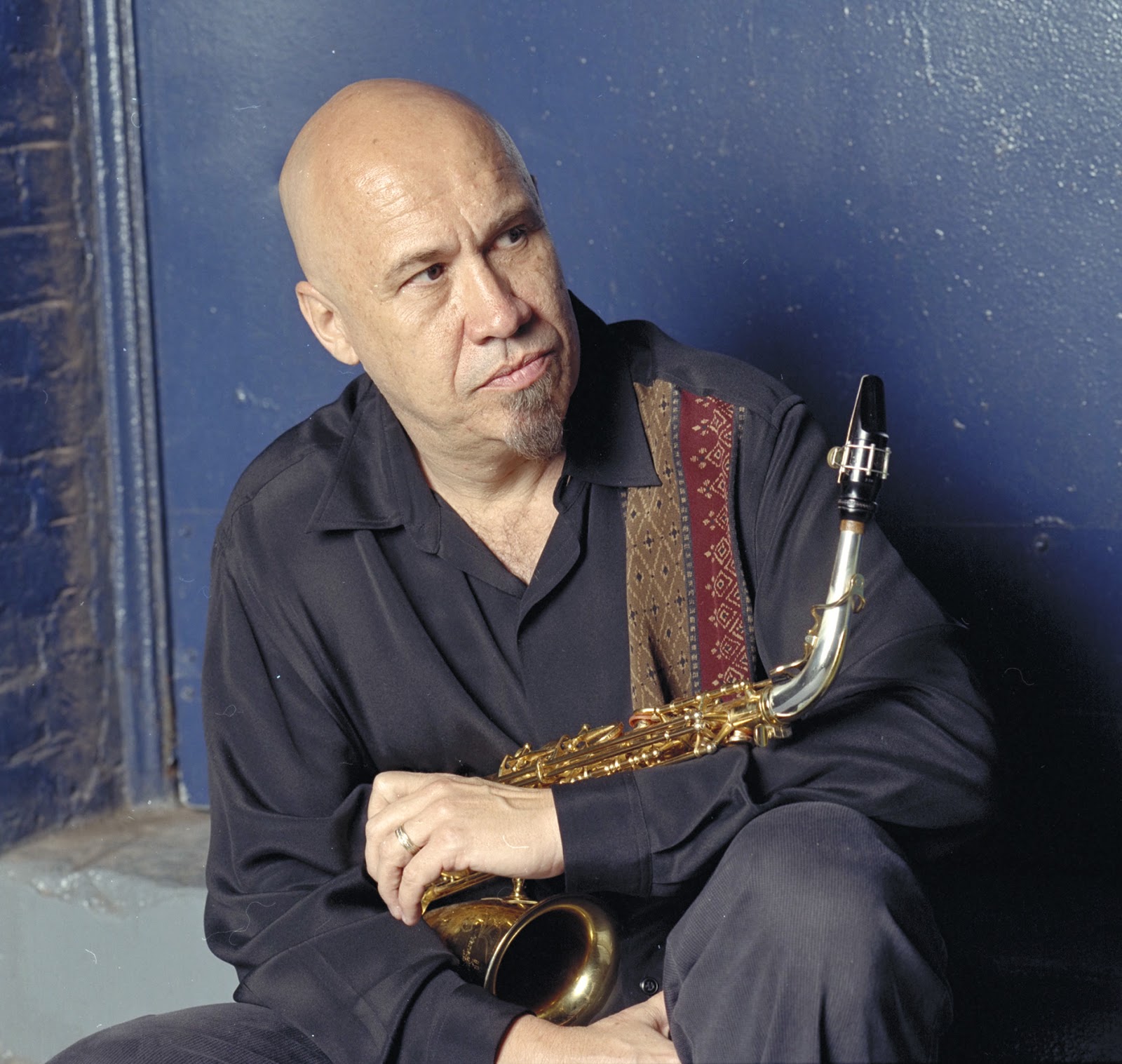 Steve Slagle was raised in Los Angeles, California. He received his first saxophone in Los Angeles and then attended Berklee College of Music in Boston with a DownBeat scholarship. At the tender age of 18, he was part of the Stevie Wonder Band in Boston. Berklee was also where he met musicians from all over the globe with whom he remains close to this day. Steve had his sights set on New York City and moved permanently there in 1977. He began working with Machito (lead alto), which was the same band Charlie Parker and Dizzy had performed with. This was a great experience that you won’t forget. His first recordings and European tours were made with The Steve Kuhn Quintet, followed by a stint with Jack McDuff, an organist. In 1981, he joined The Carla Bley band and toured the world with it. He also played with Charlie Haden’s Liberation Music Orchestra. He recorded in 1986 with Milton Nascimento, his band from Rio de Janeiro Brazil. The album “Rio Highlife”, named after his composition “Highlife”, was released by Atlantic Records in 1986. Steve was always composing and arranging, and in 1988 he became Ray Barretto’s musical Director. In 1991, he became the Charles Mingus Big Band’s arranger and lead altosaxophonist. They have received two Grammy nominations. Joe Lovano has also worked with him in various combinations, including the Nonet’s Grammy-winning “52nd Street themes” for Blue Note Records. Steve organized and played the role of their second recording at the Village Vanguard, “On This Day”. Their next Lovano Nonet project is just being recorded. Steve has been creating new music and performing in his own bands all the while constructing his “sound”. He has recorded five albums for Steeplechase Records and “New New York” (2001) for Omnitone Records. Steve’s current focus has been on the critically-acclaimed Stryker/Slagle Band, which he co-leads along with his longtime partner guitarist Dave Stryker. Although they have recorded several albums together, the last two were under the Stryker/Slagle label. The most recent “Live At The Jazz Standard” recording on Zoho Records was called “…a field update from one of the most inspiring two-man teams today” (Jazz Times). Steve is a member of BMI and his publishing company, Slagle Music, has many original compositions. Advance Music publishes his sax quartets. Mingus Big Band arrangements are published and played by Hal Leonard. Steve is a long-standing faculty member at Manhattan School of Music (MSM), and is also a clinician, performer, and clinician worldwide. From www.steveslagle.com