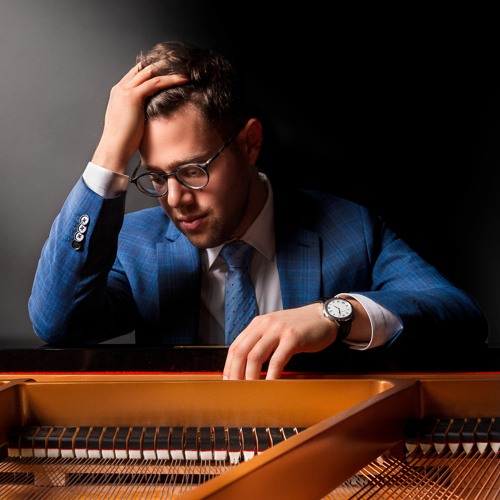 Brian Lynch, a Grammy Award-winning trumpeter, has called Steven Feifke a “virtuoso” and “a highly communicative musician and composer.” Lynch continues to call Feifke “a virtuoso and a highly communicative and creative musician” and calls him “one of the brightest new talent to appear on modern jazz horizon in any time.” The 2011 Thelonious Monk Competition semifinalist is quickly becoming one of the most sought-after young artists of his generation. Feifke is a prolific arranger and composer. He enjoys performing with his full septet and 17-piece big band. Feifke is known for his unique compositional and harmonic vocals. When not writing for his bands, Feifke often works on various commissions ranging from jazz to pop and theatre to television. Feifke brings the same creative energy and compositional creativity to his playing. He “artfully weaves fleeting chords, background figures and twists into his designs.” Dan Bilawsky, All About Jazz. Feifke is a jazz sideman and has performed at all major New York City clubs. He has also toured as far away as West Africa and Latvia. Feifke’s debut album, “Peace in Time”, features a mix of original compositions as well as standards. It was released in January 2015 to much critical acclaim. Feifke is currently in New York City and has a bachelors degree in music and an economics minor from New York University. from www.stevenfeifkemusic.com