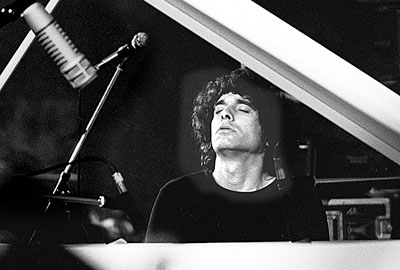 Stu Goldberg is a composer, producer, and pianist. His innovative history began with John McLaughlin’s Mahavishnu Orchestra, and continues with Wayne Shorter and Freddie Hubbard, Al DiMela, Alphonse Mauzon, Billy Cobham, and Alphonse Mozon. He also recorded and performed his own music and concerts. His TV and film scores have won awards and been a hit with audiences around the world. Career Highlights – Vital Stats: As a jazz keyboardist, he has toured and recorded all over the world. Recorded 10 solo albums, 3 solo CDs, and one solo Hybrid super audio CD. As an LA session player, I was involved in hundreds of TV shows, movies, and albums. Scored scores for “The Amazing Race”, “Rescue:911”, and hundreds of other TV shows. Also composed scores for several feature films. Record producer, arranger, recording engineer. From myspace