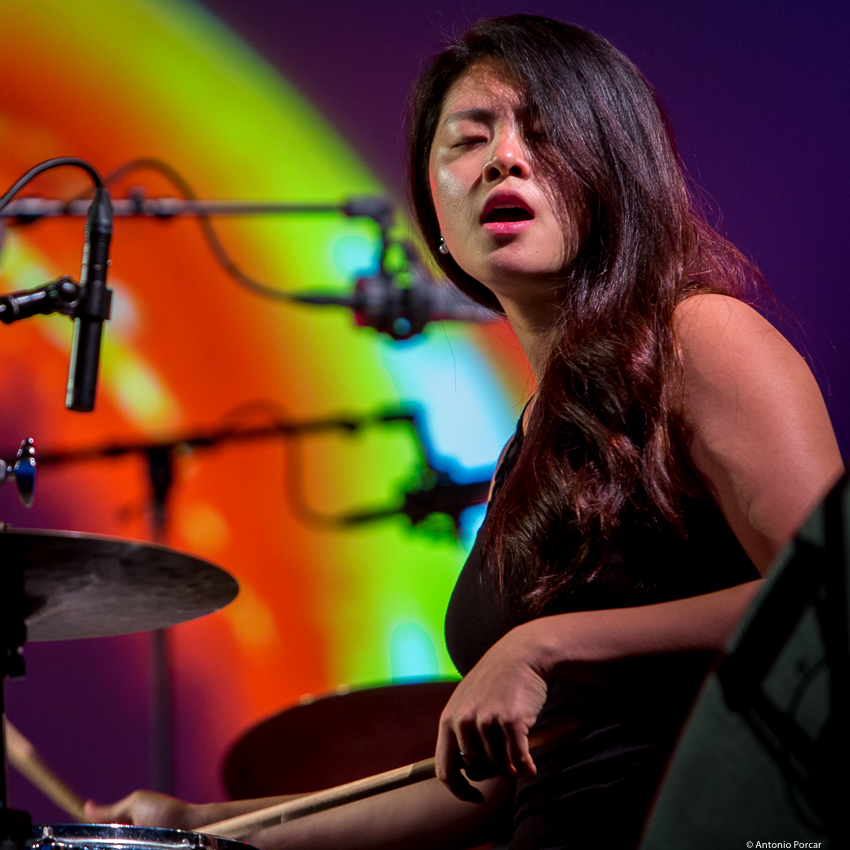 Born and raised in In-Cheon, Korea; Sun-Mi has a unique perspective of life after her last seven years in Amsterdam. With a signature of rooted groove in combination with well tempered outbursts, Sunmi has placed herself strongly in the Dutch jazz scene. By approaching the moment in a somewhat meditative fashion, she achieves the ability to bring something entirely original to the band stand. She is the winner of the Dutch Jazz Competition 2018 and the 2nd Prize of the Getxo International Jazz Competition 2017 (Sun-Mi Hong Quintet), She will be releasing a new album with her quintet called ‘Second Page: A Self-Strewn Portrait’ in March 2020. after the debut Album released in 2017 (The First Page) consisting entirely of original music, reflects that. Sun-Mi marks dramatic and emotional variation, from sensitivity and minimalism, to wildness and groove. from https://sunmihong.com