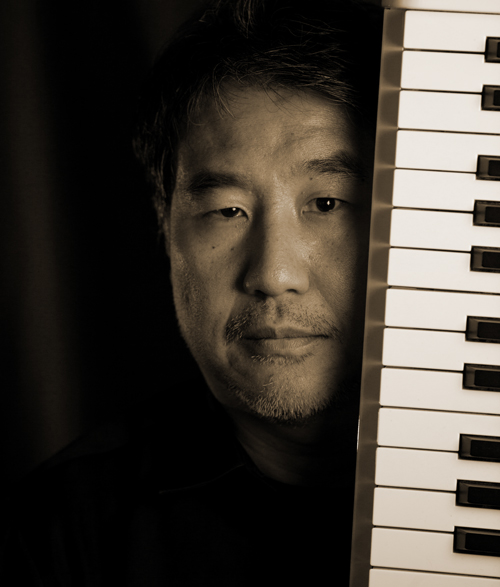 Takeshi Asai is an active performer in Europe, Asia, and the United States over the past ten years. His unique and eclectic piano style is praised for its authenticity, as well as its catchiness. You can find it in every piece he plays, regardless of whether it’s an original or a standard. His latest CD, “Takeshi Asai French Trio Volume. 1”, which was recorded in France in 2013, was highly praised for its sophistication and eclecticism. “A fresh perspective ,… Jazz, Classic, and Pop that is combined in an innovative and extremely musical way.” Takeshi’s previous CD, “Takeshi Asai New York Trio Vol. Robert Ratajczak of RadioJAZZ.fm has praised Takeshi’s previous CD, “Takeshi Asai New York Trio Vol. 1”, as the “biggest surprise since the start of the year in jazz trio category”. It is clear that Takeshi’s music is authentic to New York’s jazz style and contains the most innovative styles of music, resulting from Takeshi’s cultural background, solid piano technique, and the sophisticated composer’s mind. Takeshi studied composition, jazz piano performance and classical piano technique at Berklee College of Music, Boston. He was a scholarship student. His professors included Joanne Brackeen, Ed Tomassi and Laszlo Garciadoney. He was a jazz pianist and composer for WaFoo, an award-winning jazz group. He has been involved in the creation of “A Tale of Three Cities-Le Conte de Trois Cites”, an international concert series, with Catherine Schneider, French pianist, and “Barbotte asai Duo” with Masae Gimbayashi–Barbotte. They will be touring in Paris, New York and Tokyo in the 2014/2015 season. He has been living in New York City, where he is working with his “phenomenal” jazz group, “Takeshi Asai New York Trio”. They have performed at prestigious jazz clubs like The Kitano New York and Somethin’ Jazz Club. Takeshi has been playing in Europe with his new jazz group “Takeshi Asai French Trio”, for the past three year. The trio’s new CD, “Takeshi Asai France Trio Vol. The highest reviews for the CD “Takeshi Asai French Trio Vol. 1” were not only in Europe, but also in New York. They continue to perform in Europe. He is still performing in Europe as a composer and was also the arranger and producer of a new theater production called “Hunger-A Love Story.” In 2012, Long Sisters, an internationally-acclaimed piano duo, asked him to write a two-piano piece “Shunlai (or Spring Thunder”)” to jazz up their repertoire. It was a huge success and premiered at Boston’s Jordan Hall. His schedule is full of music projects, including classical music, Broadway music, film music and the production of singer/song-writers. He established “de trois cits records,” a new record label in 2012 under the motto “Genre isn’t a boundary”. This allows him to collaborate with other creative minds and spread his musical vision. He established a production company, “DTC Music Productions” in the following year. Since 2013, some of his film compositions are distributed by “Have a Sync”, an Italian company based in Rome. He is a digital composer who has also launched “le projet électrique” in 2012. He also collaborates with artists and photographers in France, New York, and Tokyo. He lives in New York City with his wife. from http://www.takeshiasai.com