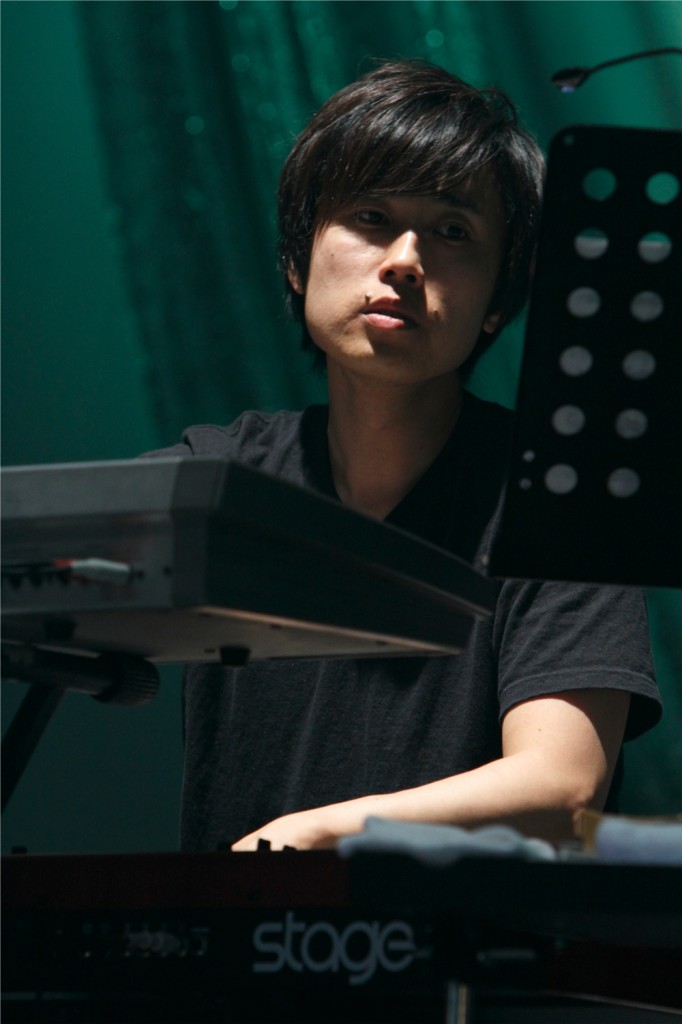 Taku YABUKI was conceived September 20, 1975 in Wako City, Saitama Pref., Japan. He began playing the piano as a child and discovered jazz at 21. After graduating from college in Japan, he was immersed in the jazz scene. He studied jazz at Berklee College Of Music for half an year. He has collaborated with many Japanese musicians, singers and artists in different subgenres. He is now well-known as a keyboardist for KOENJIHYAKKEI, which was founded by Tatsuya YOSHIDA in May 2007. TAKU YABUKI unit was formed during the same time as a keyboard-based, jazz rock trio / quartet. Taku YABUKI (keyboards), Yoshinori IMAI(drums, percussion), Hidehisa SASAKI [guitar] and Ryosuke NIKAMOTO (“bass”) are the current lineup. DamoXt7942 bio