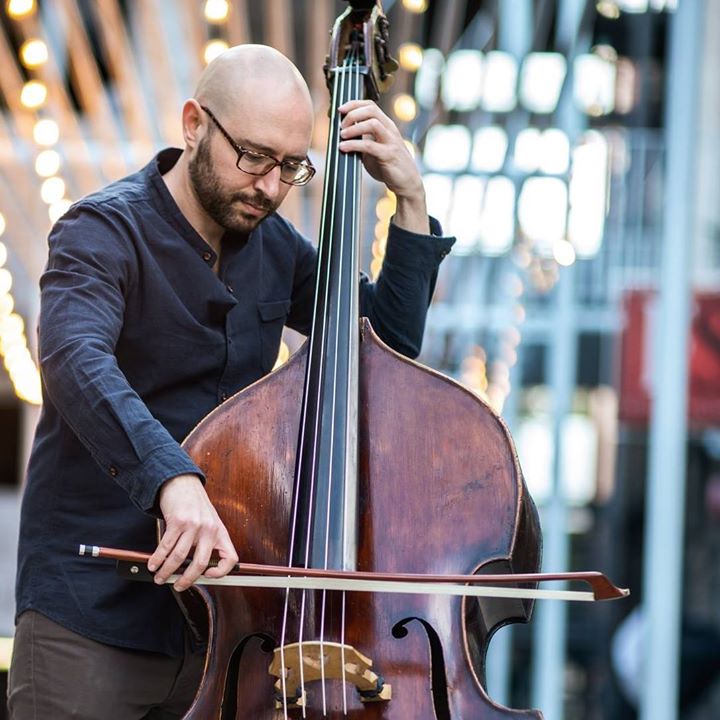 Tarik Hassan, the first American child of an Irish mother with a Palestinian father, creates original music from a combination of his influences and experiences. His unique music is the result of his ability to use the music from these rich cultures and the American musical traditions. Yalla! will be Tarik’s second album as a leader. It will be released in May 2020. This album showcases Tarik’s growth as a composer, bassist, and improviser. The album features nine original compositions that cross the boundaries of many musical cultures, while still being rooted in jazz. It is an enjoyable journey that crosses borders and barriers. He is joined by Fabio Augustinis, Michael Longoria, pianist Ben Irom and Noah Mosagofian as drummers, while Kimberly Zielnicki, violinist, and guitarist Brian Pardo are his musicians. He is originally from Jacksonville, FL and spent more than a decade living in New Orleans. He learned from jazz masters and other past generations in New Orleans, where he developed his own unique sound. He has been a resident of Austin, Texas since 2013 and is an integral part the local music scene. Tarik released his debut album, entitled “The Untitled” in 2010 on his own. The album was well received by jazz critics and musicians alike and was nominated by OffBeat Magazine for the “Best Contemporary Jazz Album”. Andre Hayward and Bruce Saunders are just a few of the many great artists Tarik has worked with. He has performed at many fine venues in Europe and the USA, including SXSW, Austin TX, Snug Harbor New Orleans, The Spotted Cat New Orleans, The House of Blues New Orleans, The Viva Las Vegas Rockabilly Weekend in Las Vegas, New Orleans Jazz and Heritage Festival, Les Cultures du Monde France, Elephant Room, Austin TX, Exit Cafe Rotterdam, NL, and many other great musicians. From www.tarikhassan.com