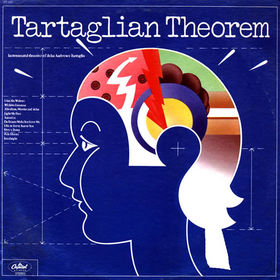 Tartaglia was born and raised in West-Coast. He began his professional career as John Andrews in Los Angeles. The “Tartaglia”, which was dropped by early associates because it was “too difficult to remember”, was the name he chose. His past achievements include music for many hits by the Buckinghams and Tiny Tim, John Stewart, and Al Martino. From the album’s jacket