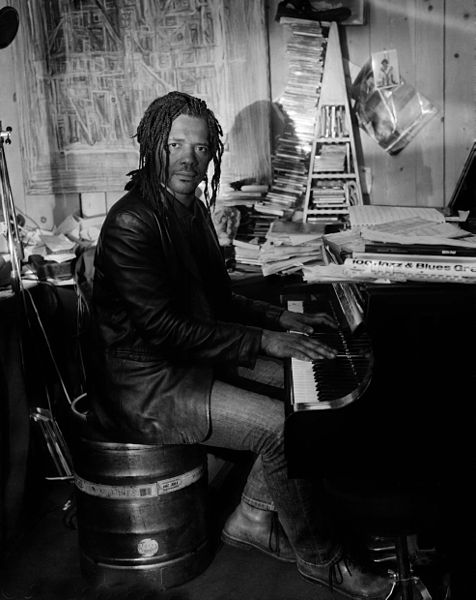 Tchangodei was a Benin native (formerly Dahomey). His name is a combination of thunder and lightning. He is one of my favorite pianists. He has recorded more than 20 recordings solo and with Steve Lacy. There were colorful splashes of color on the covers – images he had created. The music inside was as mysterious as it appeared from the paintings. It was simple, precise, rhythmic and yet fragmented. This could be jazz. We think of Monk because of his incredible insistence on silence, power, rhythm, and absence. It is also a form of literature that transcends good and bad, written like a journey through the night with alternating melancholy and furious tantrums. Tchangondei didn’t study music but he was captivated by the black and white keys on an old upright piano. He would spend hours trying to recreate the sounds that haunted his soul. He doesn’t idolize anyone and does not seek out any particular melody. Krishnamurti, an Indian writer, thinker, and philosopher, was my age when I met him. I could immediately see that this man was full of strength and energy. It filled his entire being. He radiate absolute wholeness. It was clear to me that creativity can only be found within myself. There are actually three instruments: you, your piano, and your energy. While you need to be able to play the first one well, most people only care about the second. This is the trap: they become poor technicians. However, spontaneity does not necessarily mean Art is spontaneous. The most important work occurs within oneself. Trance music is created by this process: it rises up in the light, then it scatters. “Destroy …”,” he said, because it is necessary to live in complete emptiness to harness the amazing energy that cannot be captured by the net of knowledge or thought. You could have also mentioned painting. But, he said, “But, you must be in a state of perfect emptiness to harness the incredible energy that can’t be captured with the net of thought or knowledge.” Yann Plougastel, www.tchangodei.com