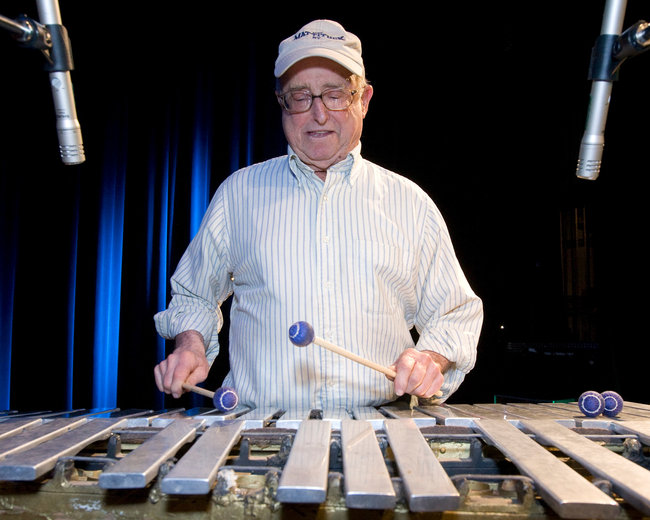 Teddy Charles, born April 13, 1928, died April 16, 2012. He was an American jazz composer and musician whose instruments were the vibraphone and piano. He was born Theodore Charles Cohen, in Chicopee Falls (Massachusetts), and studied at Juilliard School of Music to become a percussionist. Later, he started to record and made appearances with bands as Teddy Cohen as a vibraphonist. He also wrote, arranged, and produced records. In 1951, Charles changed his last name. Charles was among many jazz musicians who hung at the apartment building at 821 Sixth Avenue, New York City. This loft was rented by David X, a photographer and artist. Young sublet two apartments to Hall Overton, Charles’ mentor, and Dick Cary. Charles was a pioneer and was well-known for his innovative work. He recorded some highly sought-after, futuristic, polytonal recordings in the 1950s such as “New Directions”, Collaboration: West, “Word from Bird”, and “Teddy Charles Tentet”. Charles worked as a session musician with a variety of singers and musicians, including Miles Davis and Charles Mingus. He was also the co-leader and original leader of the highly-acclaimed studio group, Prestige Jazz Quartet. In 1988, he recorded an album entitled Live at the Verona Jazz Festival for the Italian Soul Note label. Charles was the skippejack Pilgrim captain out of Greenport (on the North Fork) of Long Island. He also performed local music. Charles returned to performing after a few years of being at sea in his final years. Charles died three days after his birthday, on December 2, 2012. From Wikipedia