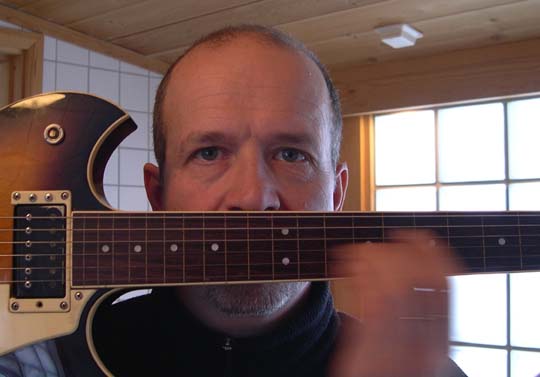 Tellef Ogrim was born January 27, (alternatively, Ogrim when the letter O is not used). He was born in Oslo in 1958 and is a Norwegian guitarist. They released two albums and toured Norway, as well as appearing on a variety of TV shows. Ogrim, his vocalist (later his wife), formed the soul-rock group Duck Spin in 1985. The band’s first album, Wake Me When the Sun Gets Up, was released the following year. In 1987, Ogrim formed his first jazz band, Libido. Hot Club Records released their self-titled album. He also wrote music for two plays during that time. Ogrim released in 2004 a CD with improvisations for fretless guitar under the title Some Dodos Never Die. In 2007, the CD Wagon 8, which featured the Polish drummer Jacek Kochan and the trombonist Dag Einar Eilertsen. Anne Danielsen was the singer. Curling Legs Records released the CD Wagon 8. Ogrim was featured on the 2008 free jazz CD “Do I the In?” (Not Two Records) – Joe Fonda (bs), Jacek Kokan (dr), and Franz Hautzinger(trp). He founded the audio-visual group Mugetuft in 2010 with Peter Knudsen and Henrik Hellstenius. They performed at the International Film Festival Rotterdam in 2014, and released the album ANX as both audio and video. Clementine Gasser, cello player, and Jacek Kochan formed an improvisational trio in Vienna in 2009 to record “What’s wrong With Now for Not Two Records” (released in 2011. Two EPs contain his latest solo work. Left at the Self Bar is the first and features four tracks for fretless, acoustic and electronic guitar. Hysj is the other collection that includes improvisations for kitchen radio as well as fretless guitars. Tellef Ogrim is best known for his explorations into the esoteric expressionism and jazz beyond. from http://noisetrade.com