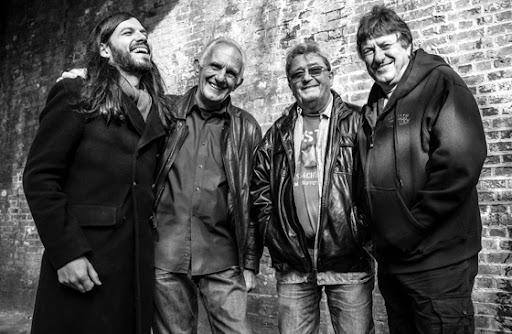 Ten Years After, a booming blues and boogie group from the U.K. rose to international fame after their 1969 Woodstock Rock Festival performance. Their nine-minute rendition “I’m Going Home” showcased the fast guitar playing and vocals of Alvin Lee. They also had the support of Chick Churchill, a keyboard player, and bassist Leo Lyons. The group could also produce moody pop or acoustic-based material, as heard on 1971’s A Space in Time. However, it was the group’s original, raw, blues-based music, powered by Lee’s fast guitar figures, that remained their hallmark. Ten Years After would reunite with their original band in the 1980s. They continue to tour and record more than 50 years later. The story of Ten Years After began in 1960 in Nottingham, England. Leo Lyons and guitarist Alvin Lee met while they were playing in a local band called Ivan Jay u0026 the Jaycats. Jay, the group leader, would manage the band through many personnel changes. In 1965, Ric Lee, the drummer, signed on after Dave Quickmire, the previous band timekeeper, left. Jay and his band, now known as the Jaybirds moved to London in 1966 to serve as backing band for the Ivy League, a popular British vocal group. Chick Churchill, a keyboard player, joined Jay’s band around this time. Soon, Ric, Alvin, Leo and Leo decided to go it alone without Ivan Jay. The band changed their name to Blues Trip. However, they adopted the nickname Ten Years After. This refers to the fact that they founded the band in 1966, ten year after Elvis Presley’s career breakthrough.