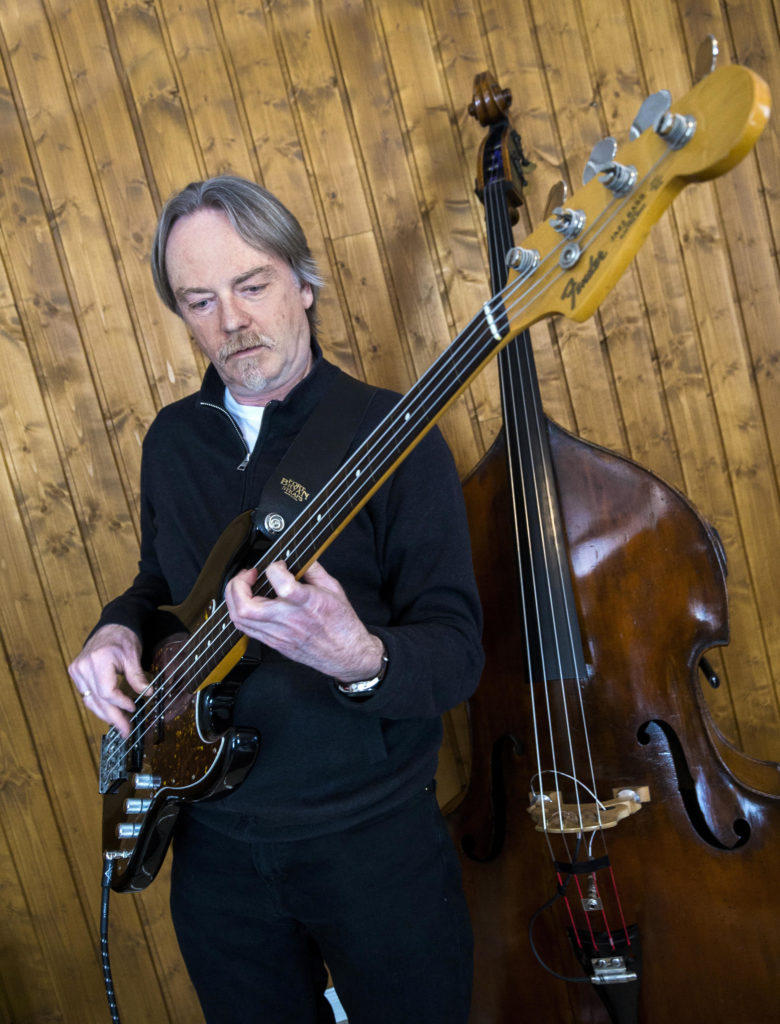 Terje Gewelt, a Berklee College of Music alumnus and student of Jaco Pastorius, Dave Holland and Dave Holland, is a bassist. He has recorded over 80 CDs with American, Scandinavian and European artists, including Billy Cobham and Tommy Smith. He has toured extensively in the United States with Tommy Smith, Billy Cobham and Misha Alperin. Terje Gewelt was born in Oslo, Norway, on June 8, 1960. He grew up in Larvik (a small coastal town in the southeastern part of Norway). At the age of 10 he began playing guitar and switched to electric bass when he was 14. He then added acoustic basses at 17 years. He studied privately with Arild Andersen (a well-known Norwegian bassist) and was a member of local jazz and fusion bands with Atle Bakken, a great Norwegian keyboardist. Terje moved to Los Angeles in 1981 to study bass at the Bass Institute. He studied electric bass under Jeff Berlin, acoustic with Bob Magnuson, and performed in LA jazz clubs with guitarist Les Wise. He returned to Oslo in 1982 and spent a full year with some of the most respected Norwegian jazz musicians. Terje moved back to America in 1983 and enrolled at Berklee College of Music in Boston. He met and played with many talented young musicians around the globe while at Berklee. In New York, he also received private lessons from Jaco Pastorius, the legendary bassist. Terje founded the acoustic quartet Forward Motion» along with Tommy Smith. The recording Progressions» was released. He also played on the first two recordings of CBS Sony’s American jazz/world music group, Full Circle. Terje was invited to California in 1988 to work with Santana drummer Michael Shrieve. This resulted in the recording Stiletto» by RCA Novus, which also featured Mark Isham playing trumpet, Andy Summers on guitars, and David Torn on guitars. Terje returned to Norway in 1989 after seven years living in the USA and quickly became a top-call bassist in the Norwegian jazz scene. He was invited to join Billy Cobham’s band in 1995. Terje was an acoustic basse on two Cobham CDs, Nordic»and Off Color». Both were released by Eagle Records. He began playing piano with Russian pianist Misha Alperin in 1997. They recorded two CDs on ECM, North Story»u003e and (featuring John Surman). Terje has 11 CD’s to his credit as a leader on Resonant Music. He has also played the bass on over 100 jazz recordings as a sideman. He is busy recording and touring in Norway and abroad with his own projects as well as sideman. from www.resonant-music.com