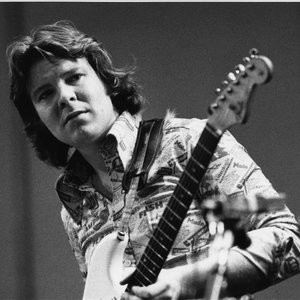 Terje Rypdal was a Norwegian born on August 23, 1947. He is regarded as one of Europe’s most prominent jazz guitarists. He is also a renowned composer of contemporary art music. Rypdal’s musical career has been varied since the beginning of his pop band, “The Vanguards”, in 1960. Later, he started “Dream”, where his passion for jazz was awakened. He joined the Jan Garbarek Quartet in 1969. He also played in George Russell’s Sextet, and a big band. Rypdal has composed many jazz compositions over the years for his own group and other groups. Terje Rypdal started playing the piano at the age of five and began learning the guitar at the age 13. He is a self-taught guitaist. He studied musicology at the University of Oslo. He studied composition at the Music Conservatory of Oslo (later the Norwegian State Academy of Music) between 1970 and 1972. He also studied improvisation under George Russell. Rypdal was inspired to become a composer by Penderecki, Mahler, and Ligeti. He quickly developed his own style. His first performance as a composer was in 1971 with “Eternal Circulation”, which he performed with Jan Garbarek quartet and the Oslo Philharmonic Orchestra. His Symphony No. One (1975), commissioned by Norwegian Television. In 1972, his opera Orfeo Turns Around And Watches Eurydice premiered at Oslo’s Henie Onstad Art Centre. We wrote the “Concerto per Viviolbasso E Orchestra” (1973) for Barre Phillipps, an American bass player. The Society of Norwegian Composers awarded him the “Work of the year” prize for his violin concerto, “Undisonus”. He composed five symphonies and several solo works with orchestra. Terje Rypdal’s compositions are a testament to his versatility musically, his imagination and solid knowledge. There are poetic moments of almost impressionistic color as well as sound constellations that combine elements from jazz, late romance and avantgardism. He has a large collection of modern art music, but he also composes a lot of rock and jazz compositions. Allaboutjazz