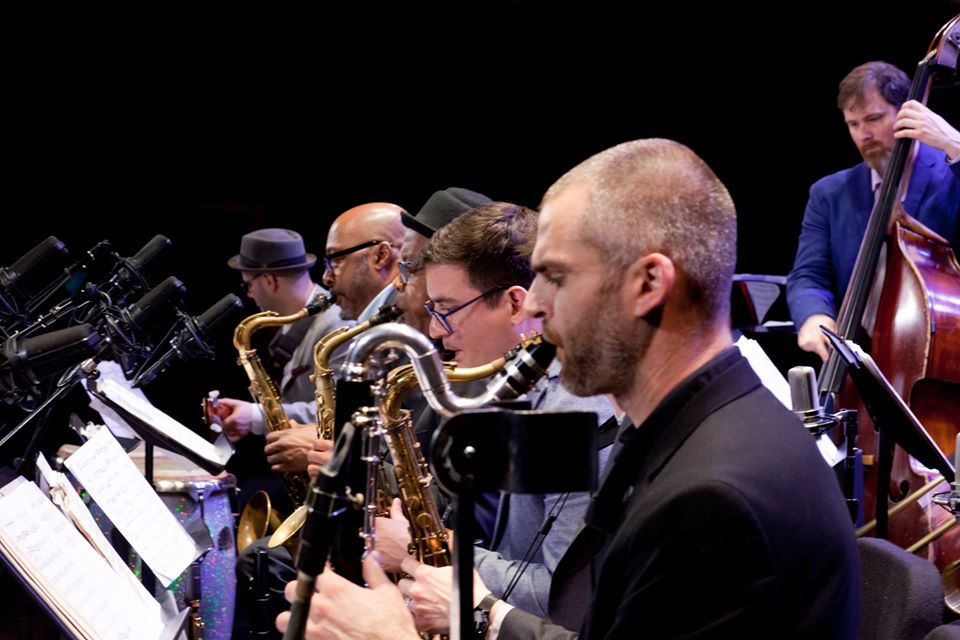 Terraza Big Band, an 18-piece band, is based in Queens and performs monthly at Terraza 7 Jackson Heights. This group is led by Edward Perez (bass) and Michael Thomas (saxophone), who are co-directors. They perform original music composed by their leaders. The Terraza Big Band is comprised of many top-quality jazz musicians from New York. It can be heard at numerous venues around New York City, in addition to its regular residency at Terraza 7. The compositions of bassist Edward Perez have been performed by many different groups, including Yo-Yo Ma’s Silk Road Ensemble, Ignacio Berroa Troo, Jorge Pardo (two-time Latin Grammy nominee), and Cristina Pato, a Galician bagpiper. His extensive Latin American musical experience has influenced his unique voice. He has performed on stage with luminaries such as Paquito, Lee Konitz and Kenny Werner. His many recording credits include a appearance on Grammy-nominated “Second Chance” album by Hector Martignon. Since his arrival in 2011, Michael Thomas, a Grammy-winning composer and saxophonist, has been active in the New York jazz scene. He has recorded or performed with many jazz musicians, including Jason Palmer, Nicholas Payton and Gunther Schuller over the past few years. Michael is a highly-respected saxophonist, woodwind player, and composer. Michael’s 2011 quintet album, “The Long Way”, features all original music. Michael’s arrangements have been commissioned to international acclaim. From terrazabigband.com