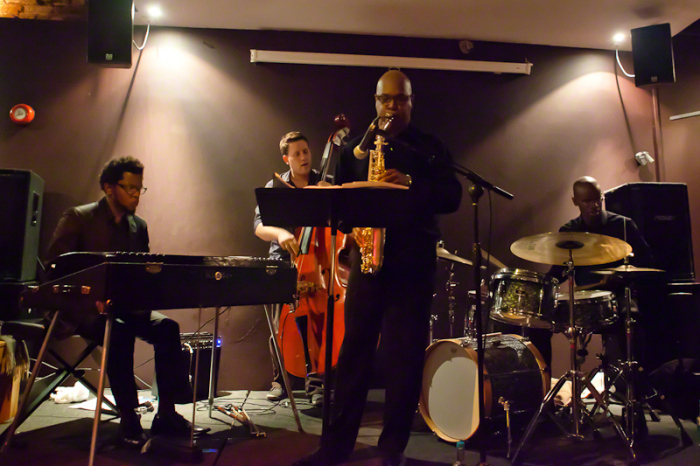 This recording captures the international collaboration of Aruan Ortiz, a Cuban pianist, and American bassist Michael Janisch. Greg Osby is the alto saxophonist who is one of jazz’s most renowned and beloved players. Their music is a blend of modern sounds and jazz’s rich tradition. Janisch, a British resident, is an exceptional musician who has done more than anyone else to facilitate world-class collaborations among American and British jazzmen. Ortiz is a young, classically-trained Cuban pianist who has had a huge impact on New York’s jazz scene since 2003. He is currently a member the Wallace Roney Quartet. They have been performing at the forefront in contemporary jazz for the past decade, alongside some of the most renowned artists such as Joe Lovano and Lee Konitz, Mike Gibbs, Terry Lyne Carrington, and others. Rudy Royston, a NYC resident drummer, and Raynald Colom (a perennially award-winning Spanish trumpeter), complete the group. They have been captured performing a variety of soundsscapes, moods and explorations live, which has proven that they are not a sloppy supergroup, but an ensemble of talented improvisers with a genuine passion for creating improvised music in the present. Personnel: Aruan Ortiz (piano), Greg Osby, Raynald Kolom (trumpet), Raynald Coom (trumpet), Michael Janisch and Rudy Royston (drums). From www.amazon.co.uk