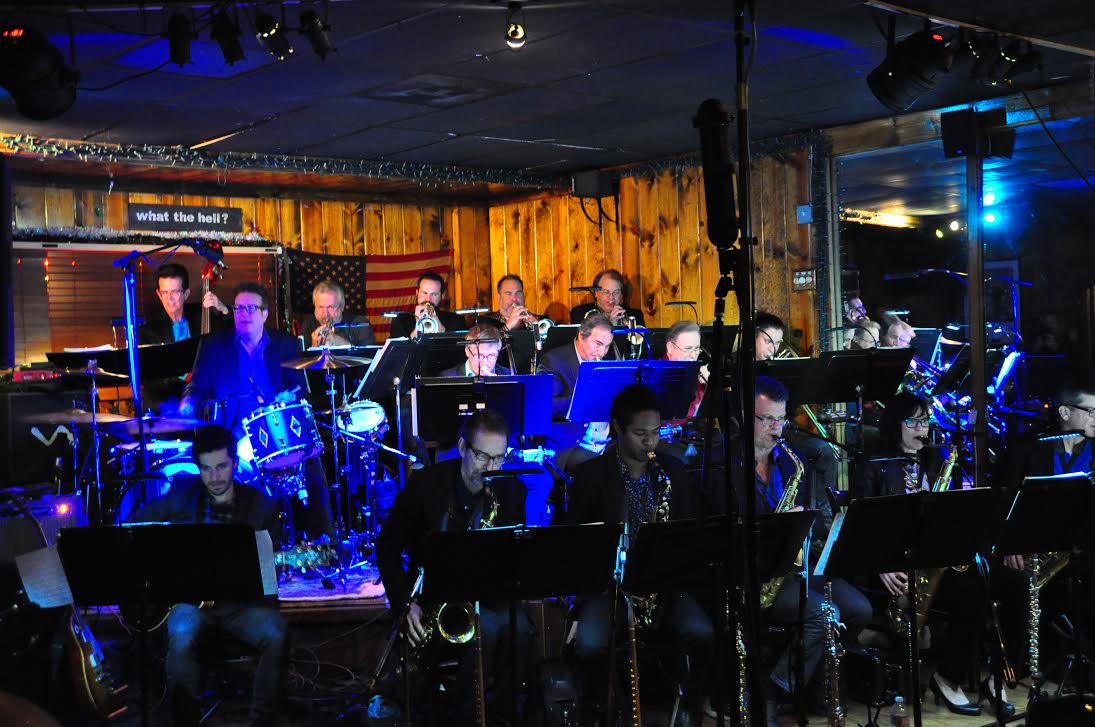 Since 1983, Bernie Dresel has been a percussionist and drummer in studios around the world. He graduated from Eastman School of Music in 1983. Since 1999, Dresel has been a frequent traveler and occupied the highly coveted drum chair of Gordon Goodwin’s Big Phat Band, which was awarded the Grammy Award. He was also the drummer for Brian Setzer Orchestra for 15 years, which saw him sell close to 4,000,000 records. Modern Drummer magazine’s readers voted Bernie the “Best Big Band Drummer” as well as the “Best Drummer!” Magazine named him as one of the “53 Drummers Who Made A Difference in the 1990s”, and also awarded him a Drummie(r), for Best Big Band Drummer. The BBB is undoubtedly one of Los Angeles’ best large jazz ensembles. It is one the most original and hard-swinging large jazz groups ever. The BBB is a powerful testimony to the exhilaration that big band jazz can bring…a combination intense swing and fiery soloing as well tight ensemble playing, powered Bernie Dresel’s exceptional drumming skills. The BBB is made up of 16 veteran pros from the Los Angeles studio scene. The BBB is a group of LA’s most talented musicians. It produces a modern, original sound that features the clever, intricate, and hard-swinging compositions both established and new composers and arrangers. Like other jazz orchestras like Buddy Rich’s and Count Basie, Woody Herman, Stan Kenton, Maynard Ferguson, Maynard Ferguson, Thad Jones/Mel Lewis, and Gerald Wilson, The BBB’s music and delivery are nothing short of spectacular when heard live. It has a modern, energetic, and hard-swinging sound, with an edge that is unlike any other jazz orchestra. However, it reminds me of Buddy Rich’s ensembles. In addition to the four trumpets and four trombones, there’s a jazz/rockin’ electric guitar and five saxophones. People are immediately struck by Bernie’s BBB’s energy and intensity when they hear it. Bernie Dresel, a jazz drummer extraordinaire, is at the helm of The BBB. Bernie Dresel is the Hollywood stage’s first-call drummer, percussionist and composer for television and motion picture soundtracks. Count Basie, Maynard Ferguson, Woody Herman, Buddy Rich, Thad James, Mel Lewis, Earth, Wind