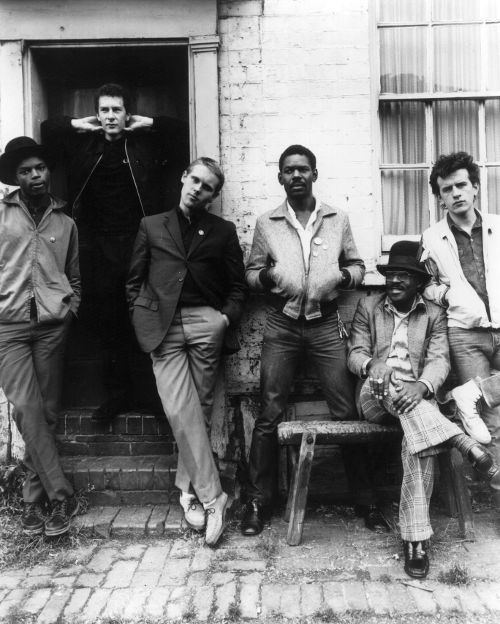 Five Top Ten pop hits for animated ska in the United Kingdom from 1979 to 1983. The Beat from Birmingham, England were among the most influential ska revivalist bands of the late 70s and early 1980s. Multiracial band, the Beat, created a distinctive sound with their use of alternate lead vocals by Dave Wakeling, guitarist, and Ranking Roger. They were supported by Everett Moreton, guitarist Andy Cox and David Steele as a band. Saxa, an older saxophonist who had previously performed with Desmond Dekker and Prince Buster, added credibility to the band and enhanced their sound. Their early singles were a big hit in the UK, with many of them reaching the Top Ten. Their videos were often played on MTV in North America where they were called the English Beat (in order to avoid confusion with Paul Collins’s the Beat). The Beat was formed in 1978. The Selecter was the opening act for The Beat. They signed to 2-Tone where they released “Tears of a Clown”, a great version of the Smokey Robinson hit. The band created its own 2-Tone-inspired label Go Feet in 1980. It was distributed by Arista. With the number four single “Mirror in the Bathroom”, the string of hits continued. The debut LP, I Just Can’t Keep It, combined the first singles with pop/ska-oriented material. With its anti-Thatcher stance “Stand Down Margaret” saw the band move in a more political direction and led to many benefit gigs. The Beat slowed the pace to preserve the traditional reggae sound that was featured on 1981’s “Wha’ppen.” Although this direction did not achieve the same chart success as its predecessor, 1982’s pop-oriented Special Beat Service helped them increase their U.S. fanbase through MTV exposure for “Save It for Later” (and “I Confess”). In 1983, the band members quit. Their cover of “Can’t Get Used To Losing You” was their fifth and last Top Ten hit. Ranking Roger and Wakeling formed General Public. Cox and Steele remained together with Fine Young Cannibals. The original members of the band regrouped for a single performance in 2003 without Steele and Cox. Roger and Wakeling led separate touring versions of Roger’s band until the end of 2010. Roger’s band released Bounce in 2016. Wakeling’s band recorded Here We Go Love the following year. Allmusic