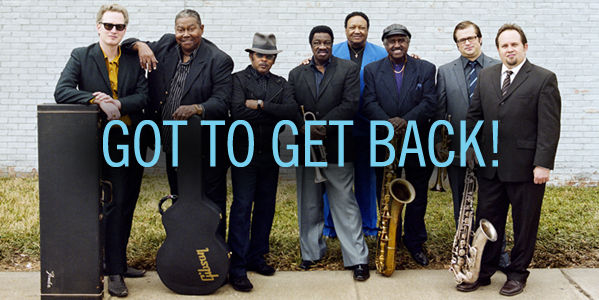 In all the excitement surrounding soul revival, it is often overlooked that many of the original soul musicians are still living up to Black Power-era standards. The Bo-Keys were a part of B.B. in the beginning of their careers. King’s orchestra was the Hi Rhythm Section’s anchor. He also nailed the memorable intro to “Theme From Shaft” and survived the plane crash which claimed Otis Redding. This new Bo-Keys lineup features alumni from both Stax Records (Hi Records) and younger musicians who have received an Emmy award as well as a Grammy nomination. They now play fresh Memphis soul together. Howard Grimes’ beat can be heard on Rufus’ and Carla Thomas’ “Cause You Love You,” O.V. Wright’s “Nickel and a Nail,” Ann Peebles'”I Can’t Stand the Rain”, and Syl Johnson’s (“Take Me to the River”) were some of the tracks that Grimes and Al Jackson Jr. played drums on. They alternated between the congas and the kit. Emerson Able, the band director at Manassas High, taught Grimes how to play. At an early age, Grimes became a professional musician, playing the drum beat for Gene “Bowlegs”, a legendary Memphis band band, the Largos. He also played in one of Sunbeam Mitchells traveling bands before Teenie Hodges saw Grimes’s music and asked him to join the Hi Records house band that Willie Mitchell was creating at Hi Records. Mitchell was a free-spirited musician who loved to have fun in his studio. He was nicknamed “Bulldog” by Grimes for his ability to hold on tight to the beat and not let go. Bulldog’s teeth have sharpened over the years, even though he has a few gold records. Archie “Hubby”, Turner, an organist in the Hi Rhythm Section made his name like Grimes. Hubby was a member of Hi’s collector’s section, where he played “Hung Over” by Martinis. Hubby also entertained thousands of people as part of the house band at Wild Bill’s Memphis juke joint Wild Bill’s. His style is as vibrant and funky as ever, even after all the O.V. Wright, Ann Peebles and Al Green cut. Ben Cauley, a Trumpeter, was a charter member in the school-kid funk group the Bar-Kays. Their party hit “Soul Finger”, helped them get a gig backing Otis Redding. Unfortunately, Cauley was the only survivor of the plane carrying Redding and his group into Lake Monona, Wisconsin, December 10, 1967. Cauley went on with another Bar-Kays incarnation, which was the Stax house band similar to Booker T.