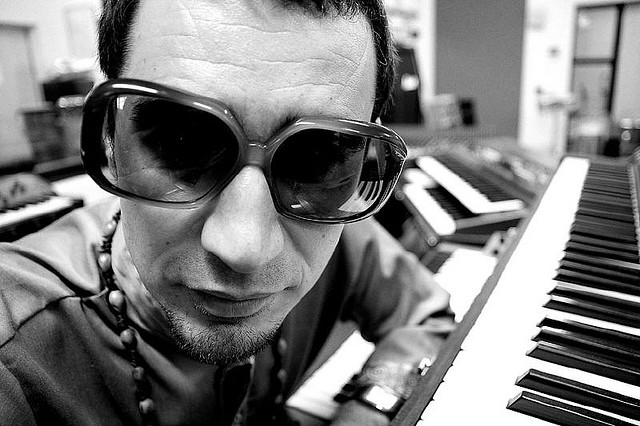 The Bongolian is Nasser Bouzida’s alter ego, frontman of the cult Hammond band Big Boss Man. Both acts are featured on the Blow Up Record Label. In 2001, Nasser Bouzida went into his studio to create a solo set. A collection of inspiring recordings that combines elements of grinding drumming and heavy Bongo beats was created by Nasser Bouzida, who drew on Jazz, Latin, Soul, Jazz and Funk influences. The eponymous album, “The Bongolian”, was released in 2002 to great critical acclaim. It has been followed by the albums Blueprint and Outer Bongolia and Bongos For Beatniks, and Moog Maximus. A sixth album is expected in 2019. These albums are now essentials for DJs and have a broad appeal to everyone from Funk 45s and Dance and Hip-Hop fans to Rare Groove and Rare Groove. Many Bongolian songs have been featured on BBC 6 Music, as well as BBC TV’s Top Gear and Amazon Prime’s Grand Tour. De Wolfe’s two funky library records were also recorded by Nasser. He has worked with many artists, including Morcheeba and Laurel Aitkin as well as Paul Waller and Craig Charles. Nasser also owns Beat Mountain Studios in Wales and is the creator of Beat Mountain Sample Pack, a massive collection of retro-style drum and percussion beats and loops. All of these loops were created and performed by Nasser to enable anyone to create their own music using a retro beat bedrock. from https://bongolian.com