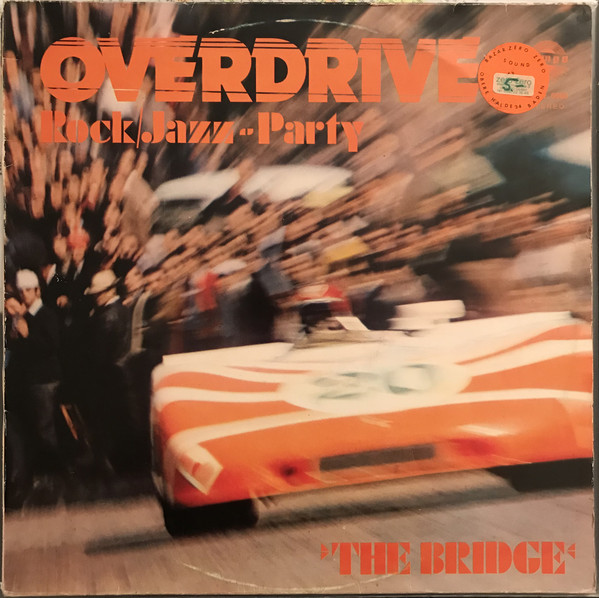 The Bridge is the name of its three members, Kristian Schultze and Pawel Jarzebski. It was given by Joe Nay to emphasize their eclecticism and integration of diverse musical styles to “bridge” between Jazz and contemporary classical music. For their first release, electronic instruments were introduced. A second peculiarity is the lack of playbacks during studio recording sessions, which is a nod to the live recording era. “We aim to recreate during studio sessions a genuine live feel and representations of our compositions, free from re petitions or playbacks.” The band lineup is a true representation of German Jazz-Rock. Kristian, the son of Norbert Schulze and well-known for his com post “Lilli marlen”, was awarded the highest honor in 1963 by Konservatoriu M Berlin: “Forderpreis”. He opened a camp in Munich in 1968, where he wrote scores for several German feature films (Zur Sache Schatzchen”, “Nicht fummeln Lieblin g”, etc. Kristian Schulze’s abilities on Fender-Rhodes, Ke yboards and Synthesizers will amaze you. Joe Nay’s amazing performance includes his well-known echo-technique. Joe was a constant sidekick to Roland Kirk, Johnny Griffin, Kenny Dorham, and Coleman Hawkins. Pawel Jarzebski, a Polish bass player, has made his mark as one of the most respected and respected progressive players on the Jazz-Scene. Kristian recalls his first encounter with Joe. In 1961 Joe Nay was resident drummer at “Blue Note” in Berlin. He was joined by Peter Trunk on bass, and Tete Montulio, on piano. As a 16-year-old aspiring pianist, I tried to join the band. I was literally pulled off the stage by Joe Nay for my inept skills. Joe Nay then offered me two drinks and said that I should keep playing. Johnny Griffin was there on my second attempt. I was unable to count in the blues at his incredible tempo. Five years later, I was invited to a Jazz competition in Vienna. Guess who was playing the drums? Joe was the one who cooked the drums. I was 4th out of the pia nists. Fritz Pauer won the competition, and Jan Hammer, an extraordinary, was second. Joe is now my sidekick in the o wn group. That’s life. The Bridge is complimented on ,,Kritian-Schultze-Set” by Dusko Goykovich Trumpet and Olaf Kubler on Flute and Tenor Sax. http://www.mms-online.ch