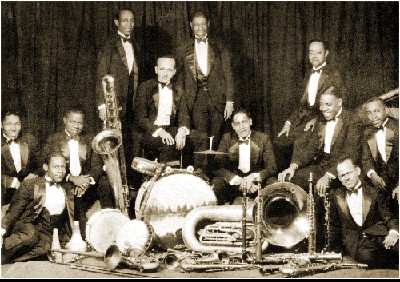 From the 1920s to the 1940s, a variety of jazz groups in America used the name “Chocolate Dandies” for their various ensembles. “Chocolate Dandies,” the name, was originally derived from a 1924 stage production by Eubie Blake and Noble Sissle. In 1928-1929, the Okeh label was first to release a recording with the Okeh unit by Don Redman. McKinney’s Cotton Pickers recorded him and they released material under that name. Benny Carter was a member of several groups in the 1930s that he called the Chocolate Dandies. These groups played into the 1940s and included Coleman Hawkins (Max Kaminsky), Floyd O’Brien, Buck Clayton and other Carter’s and Fletcher Henderson’s members. From discogs