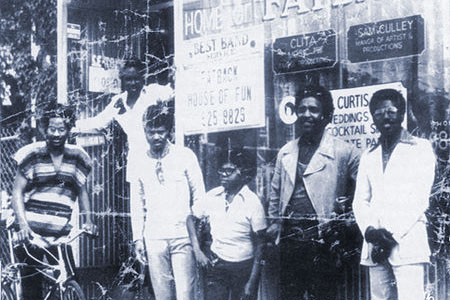 Disco – Funk band. Formed in New York City, 1970. They were active in the 70’s, 80’s, and released 22 albums over two decades at labels Spring Records Inc., Event Records Inc. and Perception Records. They were Bill Curtis’ band idea. He wanted to combine the New Orleans “fatback” jazz beat with funk. Their seminal hits included “(Do The?) Spanish Hustle”, I Like Girls”, “Gotta Get My Hands on Some (Money),” and “Backstrokin’.” Sometimes, their 1979 single “King Tim III (Personality Jock),” is considered to be the first hip-hop single. From discogs