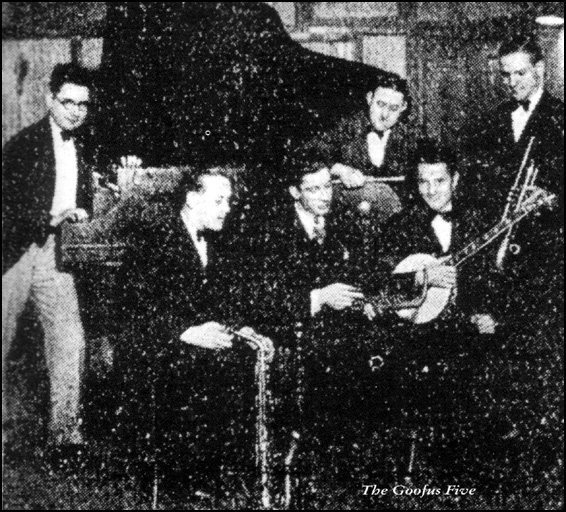 Ed Kirkeby was the manager of the California Ramblers in 1924. He decided to create a smaller group to perform jazz songs and novelty tunes. The quintet, which was first recorded by Columbia as the Little Ramblers, consisted of Bill Moore as a trumpeter, Adrian Rollini as a pianist, Ray Kitchingman on drums, and kazoo, and also recorded for Pathe, as the Five Birmingham Babies, and most famously, for Okeh, as the Goofus Five. Rollini’s “goofus” sounded like a melodyca or mouth organ, but was actually shaped like an saxophone. The Goofus Five quickly grew to eight members and Rollini was able to play as many bass saxophones as he did goofus. At various times, the band also included Bobby Davis, Red Nichols, Altoist Bobby Davis and Chelsea Quealey as well as trombonist Abe Lincoln, trombonist Abe Lincoln, and many vocalists like Ed Kirkeby. Rollini, along with some other members of the band, visited England in late-1927. The Goofus Five continued to record domestically, but the style was more dance-oriented and less original than jazz. Rollini returned from England in time to record the last session of The Goofus Five (February 28, 1929). Timeless contains all recordings of The Goofus Five from May 1926 to August 1927, their prime period. All music