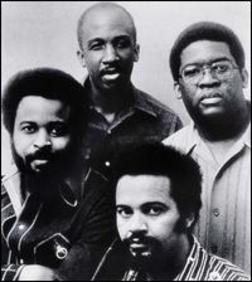 The Jazz Crusaders were started in 1961 by Joe Sample (piano), Wilton Felder (tenor sax), Stix Hooper (drums), and Wayne Henderson (trombone). The group employed a number of bassists (and also a few guitarists) throughout the ’60s. As the decade progressed the Jazz Crusaders moved from a more bop-oriented sound and began to incorporate more soul and R&B influences. In 1971 the band shortened its name to The Crusaders, which made sense seeing as they were playing much more funk than jazz. The core group of Sample, Felder, Hooper, and Henderson remained and they added guitarists Larry Carlton and bassist Robert “Pops” Popwell. Henderson left the Crusaders in 1975, with Hooper leaving in 1983. Henderson subsequently revived the “Jazz Crusaders” moniker (over Sample’s objections) for 1995’s Happy Again, and was joined by Wilton Felder and Larry Carlton. This new group (officially known as “Wayne Henderson’s Jazz Crusaders”) released a series of recordings in the late 1990s, but the music bore little resemblance to the acoustic, hard bop style of the original group. In 2003, Sample, Felder, and Hooper revived The Crusaders. User-contributed text is available under the Creative Commons By-SA License and may also be available under the GNU FDL.