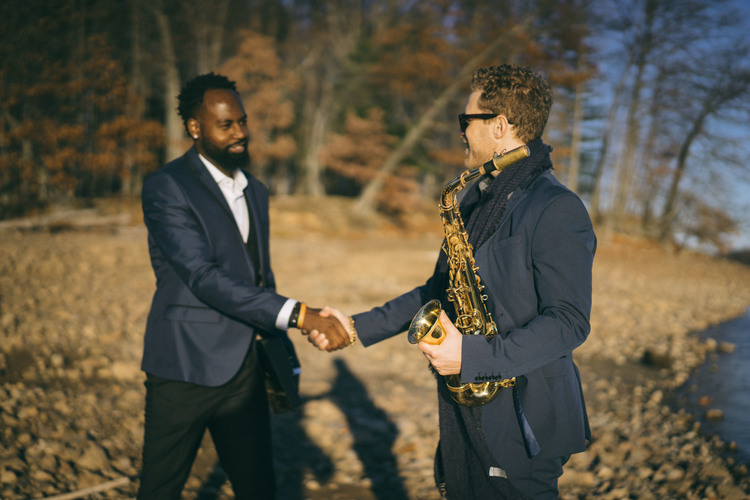 The JT Project is a multi-talented sound force that creates a unique musical concept: “a new music genre called JT”. The leaders of The JT Project, Jacob Webb (Keyboards/Bass), and Todd Schefflin(Saxophone), were bold and adventurous. They knew it would take more that a passing interest to be the musical force they imagined. Jacob directs each stroke of the keyboard to ignite the soul, while Todd brings the notes to life with every breathe. Four albums have been independently released by The JT Project: Love Passion Correspondence Volume. 1 (2009), Love Passion Korrespondence Vol. 2 (2012), Love Passion Corespondence Vol. 3 (2013), Love Passion Correspondence Vol. The JT Project teamed up with Trippin N’Rhythm/Sony Music Entertainment for their fifth and most recent full-length recording. The album Moments of Change features the hit song “Overdrive”. The JT Project is a musical group that includes some of the best jazz and soul musicians from New York City. The group has recorded and toured with some of the most prominent labels such as Anita Baker and Aretha Franklin, Jaheim and Simpson, Ashford and Simpson and Joe Mulgrew Miller, among others. Our latest single, “Jetsetter”, climbed to the top of Billboard’s Contemporary Jazz Charts, peaking at #5. It has been played on all terrestrial radio stations across the country as well as SiriusXM and Music Choice. As part of the ASCAP Foundation Songwriters: Next Generation Series, The JT Project performed at the Kennedy Center in Washington, D.C. Click Here to see a video of the Kennedy Center performance. Valerie Simpson, of Ashford and Simpson fame, selected The JT Project as the 2014 recipient for The ASCAP Foundation’s “Reach out and Touch” award. This award was in memory of Nick Ashford. Below is a video clip of Valerie Simpson’s speech and our performance at the ASCAP awards ceremonies held Dec. 10, 2014, Jazz @ Lincoln Center in NYC. JT Project Records is their own record label. They are a production company that composes, markets, promotes, distributes and distributes music for artists on and off the label. The group S.O.A.R. has released the single “Horizon”. This single climbed to the #1 spot on the “New” chart.