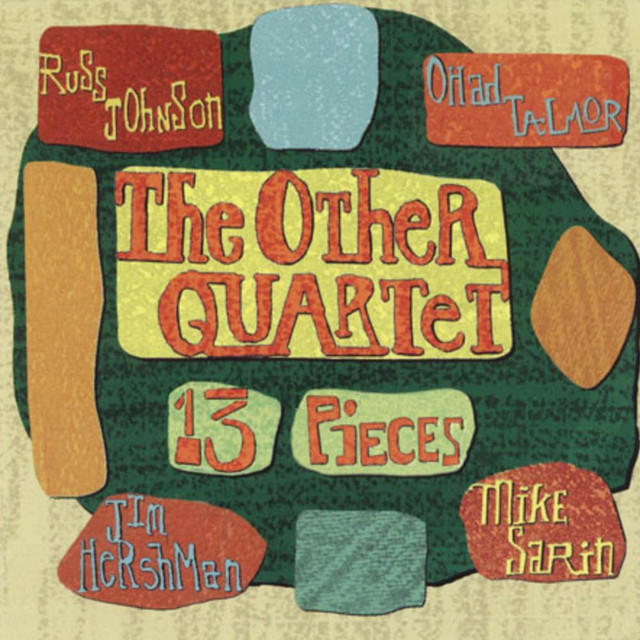 The Other Quartet was formed in New York City in 1996. They specialize in jazz that alternates between the written and the improvised. Ohad Talmor (tenor saxophones), Russ Johnson, Jim Hershman (trumpet), Jim Hershman, and Michael Sarin (drums, percussion) make up the Other Quartet. They play original compositions, as well as re-tooled tunes by such notable composers as Anton Bruckner, Elliot Carter, and Igor Stravinsky. The Other Quartet has so far released two recordings on Knitting Factory — 1999’s 13 Pieces, 2001’s Sound Stains — and they have been associated in some way with modern-day trailblazers like Marc Ribot and John Zorn. Allmusic