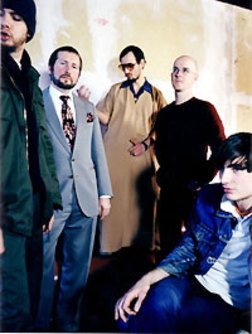 Munich’s Poets of Rhythm are considered to be the original pioneers of retro-modernist funk. They released their debut album in 1993. These melanin-deprived German boys could have easily sung in Memphis during the peak of Stax, or the Southside Chicago of the late 60’s. DJ Shadow was influenced by the debut album Practice What You Preach.