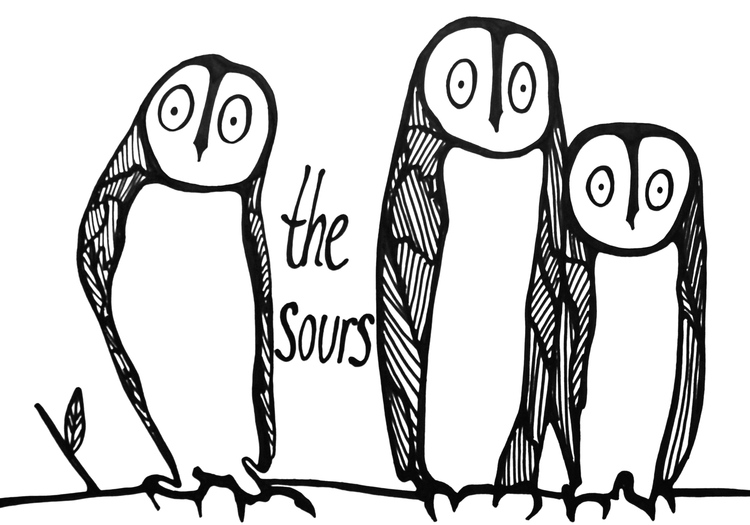 The Sours is an acoustic duo from New York. The self-titled album features a mix of classic rock, smoky jazz and music derived from art schools. Songs range from thoughtful, slice-of life observations to raw, diaristic confessions. The Sours has a lot to offer those looking for the saddest music. But the album also offers uplifting glimpses and a surprising sense humor. Sarah Schrift (vocals and lyrics, guitar): Sarah Schrift is a lyricist who strives for unflinching honesty. She believes that great art can be found in the most embarrassing truths, and she strives to reflect that belief in her work. Sarah is not only an accomplished singer/songwriter but also a skilled and educated painter who exhibits her work nationally and internationally. Her cover design and interior designs are featured on the self-titled album by Sours. Sarah makes unique pieces of handmade jewelry from vintage and repurposed materials. She also teaches art classes here in NYC. www.sarahschrift.com Sasha Markovic, guitarist: Sasha has been performing, writing and recording for over twenty years. His projects include instrumental acoustic duos, scoring for movies and theatre, and working with blues and hard rock bands. Yagull, his latest acoustic chamber group, has just released the highly acclaimed album films. He has been recognized in more than 30 countries for this album. He is currently working with Kana Kamitsubo on a sequel to this album. Kana Kamitsubo (piano), www.yagull.com Kana Kamitsubo: Kana is both a jazz and classical pianist, as well as a board certified music therapist. She has degrees from Osaka Music College, Koyo Conservatory, and Berklee College of Music. Kana has performed with professional musicians from both the US as well as Asia. Many pieces of music she has composed for healing and therapy have been included on her solo album Poignant Piano (2011) as well as the relaxation CD, “Optimal Wellness For Every Body 2008”. Kana has been working on her music therapy method since 2008. It combines music therapy with music education. This allows children with learning disabilities to learn how music works. Hug Music is owned by Markovic and Kamitsubo in Forest Hills, NY. Hug Music provides music lessons and therapy music for children with special abilities, as well as early childhood music classes. www.hugmusicny.com http://www.thesoursmusic.com