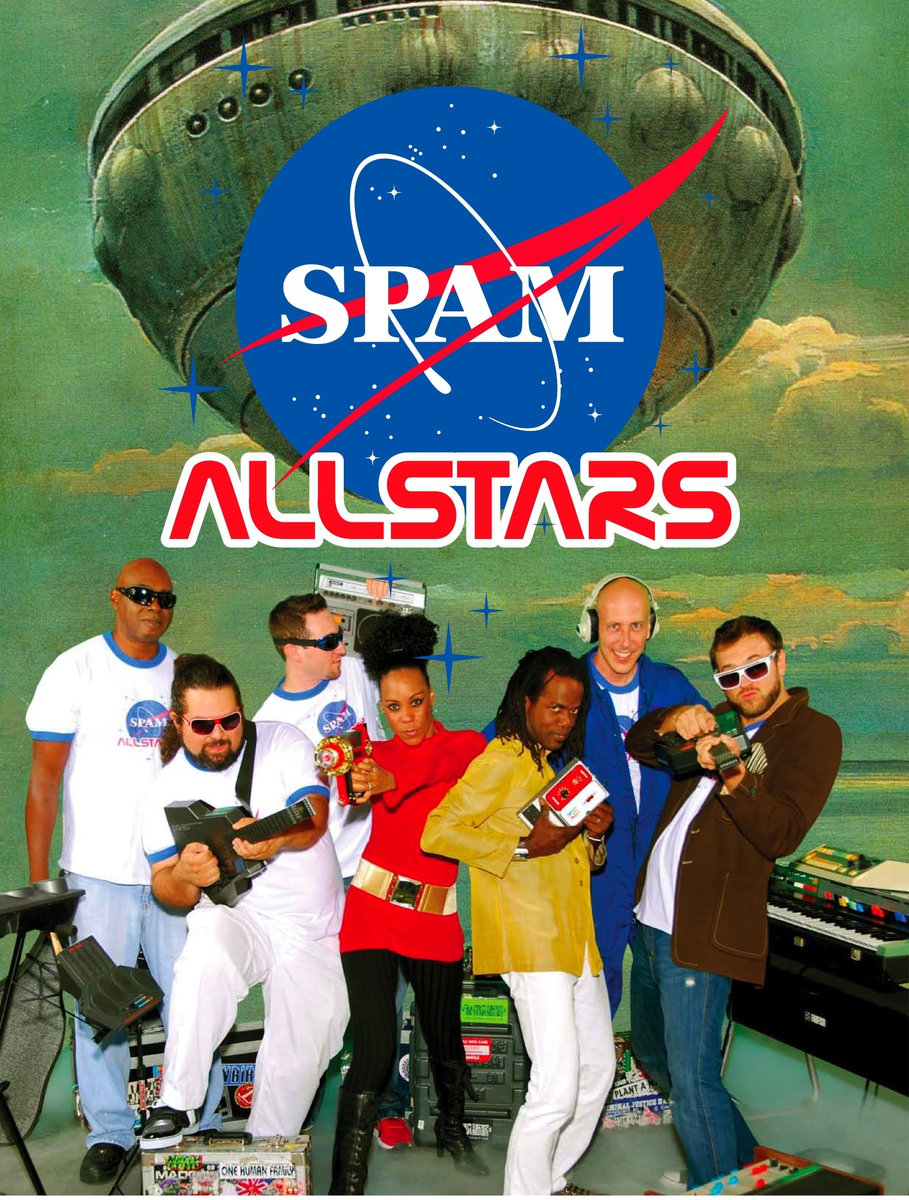 Andrew Yeomanson, also known by DJ Le Spam was born in Montreal to an English mother and a Venezuelan father. He moved around with his family in his youth, moving from London to Tampa to Bogota to Toronto, then onwards to Miami, where he now calls home for 12 years. His musical success is a result of his international experiences. Under all of this is a talented musician with a deep love for music and a commitment to bringing it together in new ways. He has been exposed to many musical styles, studied them and shared their histories with everyone who was curious. This passion for music led to DJ Le Spam’s creation. Andrew started his musical career as a member of the Haitian political roots band, Lavalas Band. He recorded one album for them. He formed the Spam Allstars in 1993 and started gigging and recording. He had the chance to play guitar with Nil Lara (Capitol recording artist), and recorded and toured for three years with Nil. Andrew returned to the pirate radio station in 1998 and began his work with them. These pirate radio programs featured half-hour improvised sets from Spam Allstars, using samples and live instruments in their studio. These performances led to Spam Allstars’ first CD Pork Scratchings, which was released in 1999. Spam Allstars were able to participate in the “here u0026 now” festival thanks to a grant from Miami Light Project. The residency was held at Snowhite’s hip-hop open mic night “faatland”, Brandt’s Break and on weekly webcasts via Eyeqradio.com. It was 2000 when the Spam Allstars’ follow-up CD, Pigs in Space, was released. Simultaneously, DJ Le Spam