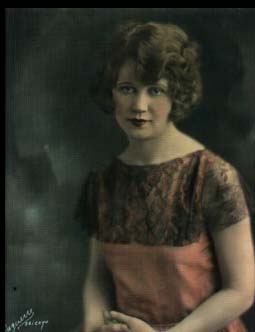 Thelma Terry, a bassist and singer, was the first woman to lead her own jazz orchestra. Terry, who was born Thelma Combes in Chicago to a poor family, was already the first chair in Chicago Women’s Symphony Orchestra at age 18. Austin High School was her high school, and many of Thelma’s “Austin High Gang” members were once or twice in Terry’s band. Terry’s most important Austin High student was Gene Krupa. His first gig was with Terry. Krupa’s recording debut was made with Terry’s Playboys on March 29, 1928. Her band also included pianist Bob Zurke and Bud Jacobsen and Bud Freeman as well as Charles Dornberger, Charles Dornberger, and Bud Freeman as reedmen. The Jazz Princess, Thelma Terry was known for her performances at Chicago nightclubs. Terry was almost alone at the time in her chosen career and found it difficult to carry out her dream of playing jazz. Sometimes, the boys in her all-male units didn’t take Terry very seriously. One old-timer said that they only played in the band “because they wanted to be in (Thelma)’s) pants.” Terry gave up on the struggle, and she got married in 1929. For various reasons, Terry’s later attempts to make a comeback failed. Thelma and her Playboys only issued six recordings, which are considered outstanding examples of Chicago-style jazz. A 1998 test recording of Terry singing a vocalese in Bix Beiderbecke’s solo in “Singin’ the Blues” was found. This proved that Terry had been using this technique for at least 25 years before its official introduction. Much of what we know about Terry we owe to the research of David Apolloni, who has maintained a web page in her memory at http://www.redhotjazz.com/thelmaterry.html. Allmusic