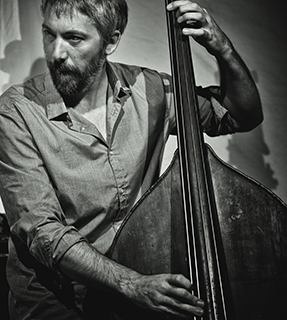 After examining scenes from four continents, including projects such as Bratsch and Macha Gharibian, Le Bruit du [sign], Sibiel, Volo, etc., Theo Girard released his first album. It features Antoine Berjeaut, a french trumpet player, and Seb Rochford, a British drummer (Sons of Kemet u0026 Polar Bear). 30YearsFrom is about the first fruits, first sparks, and the birth. Theo Girard explained that “30YearsFrom” is a project that evokes the first fruits, the first spark, and the birth. My mother was a freelance costume designer for opera and my father was the founder of Bratsch (a well-known French band). He also played in free jazz bands such as Alan Silva’s Celestrial Communication Orchestra. From www.ciediscobole.com