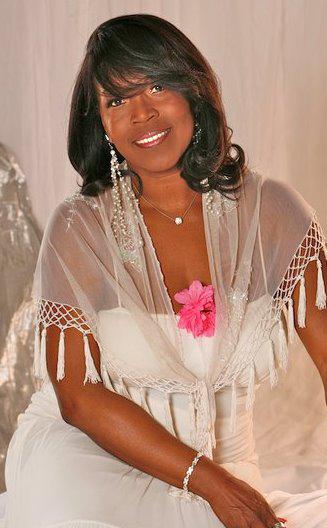 Theresa Hightower is regarded as one of the great jazz and blues vocalists of her generation. She is a veteran of concert halls, recordings, cabaret, and musical theater; both critics and audiences have marveled at her range, vocal phrasing, and exciting live performances. She is one of only a handful of jazz artists, Cleo Laine among them, to win critical success in the fields of both jazz and musical theater. Rapping with her audiences during her performances, Theresa has gained a reputation as a warm and personable performer. Club owners all over the world are especially thrilled with her ability to pack a room. In her star-making turn as legendary singer Dinah Washington in the musical, Queen of the Blues, the Atlanta Journal-Constitution called her performance dazzling, riveting, and a knock out. Critics and audiences throughout the U.S. gave similar praise to the star’s performances during the show’s celebrated American tour. Of her twice held-over, standing room-only performances at The Atlanta Centennial Olympic Games, members of the international press heralded her exciting stage presence and universal audience appeal. Within days of her Olympic triumph, she was invited to enjoy a two-week engagement in Paris at the famed Quai de Blues. French audiences and critics welcomed her with similar accolades. As a cultural ambassador, Theresa has represented the United States in State and Department of Defense-sponsored tours of Europe, Turkey, Greece, Spain, Italy, Saudi Arabia, and the Middle East. She was also the star performer for the Prime Minister of St. Kitts in the Caribbean at his annual gala in 2005. She has served as an opening act for such entertainment luminaries as Michael Franks, Oleta Adams, Grammy award winners, The Main Ingredient, with lead singer Cuba Gooding, Sr., The Manhattans, Ashford and Simpson, Cassandra Wilson, Lou Rawls, The Drifters, Bobby Blue Bland, The Stylistics, Sonny Turner, former lead singer of the Platters, and Tony Award Winner Ruth Brown, among others. Theresa has had critically acclaimed performances, including starring roles, in such musicals as Blues In The Night, Still Life, World Goes Round, and The Good Times Are Killing Me, among others. She has also toured with national productions of W.C. Handy Blues, Blues to Broadway, and Queen of the Blues – An Evening with Dinah Washington, in which she portrayed the legendary singer. She has released recordings: Thought of You a Little Too Much, Trust My Love, Come & Get My Love, and a remake of the classic, Soldier Boy. She has also been a featured vocalist on Peach State Radio Network’s Ben Tucker & Friends with Theresa Hightower Live Jazz. A native of Atlanta, Georgia, the generous singer has also donated her time and talent to a host of local causes. They include WSB-TV’s Family to Family Program, UNCF, American Cancer Society, Atlanta Community Food Bank, Georgia Women Prevent AIDS, and Northside High School of the Performing Arts, among others. Theresa Hightower has been named Atlanta’s Top Female Vocalist by Top Star Awards. She was honored as Top Jazz Musician in Atlanta by the entertainment magazine, Creative Loafing. The Atlanta NAACP presented Theresa with the Diamond Jubilee Award, naming her Top Female Vocalist. She also received the Angel of Music Award in 2001 from the New Thought Theological Seminary, and The Women in Entertainment Award from AKA Sorority in 2003. In 2012, Theresa was honored with the Legend Award from I AM Cre8tive Live. Theresa has also appeared in a number of film and television roles. These include the movie, Made in Heaven (starring Timothy Hutton and Kelly McGillis), the recently released movie, Tyler Perry’s Madea’s Witness Protection (starring Tyler Perry, Eugene Levy, and Denise Richards), and the television series, In the Heat of the Night. She served for four years as executive secretary on the Board of Governors of the National Academy of Recording Arts and Sciences and the Grammy Awards. Theresa appears on Freddy Cole’s newly released CD, Freddy Cole Singing The Blues, and also the CD, The Full Moon of Sonia, by the world renowned Sonia Sanchez. Theresa has just completed a long-term engagement of more than 19 years at Atlanta’s Ritz-Carlton Hotel in Buckhead. from www.theresahightower.com