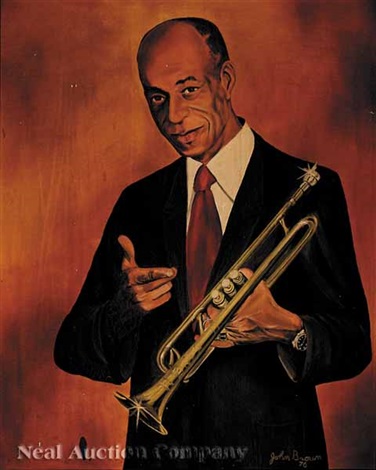 Thomas Jefferson was a New Orleans trumpeter of distinction during the 1950s and 1960s. He briefly played French horn and drums before switching to trumpet. He was a member of Oscar Celestin’s Tuxedo Orchestra, 1936, and later, he worked locally in New Orleans, with Sidney Desvignes and Jump Jackson, among others. He recorded with Johnny St. Cyr and Santo Pecora in the 1950s. Jefferson recorded a few sessions as a leader in the 1950s, including a Southland date in 1960 (in which he is joined by a rhythm section), and a Storyville session from 1974. Louis Armstrong has been Thomas Jefferson’s idol since childhood. Allmusic