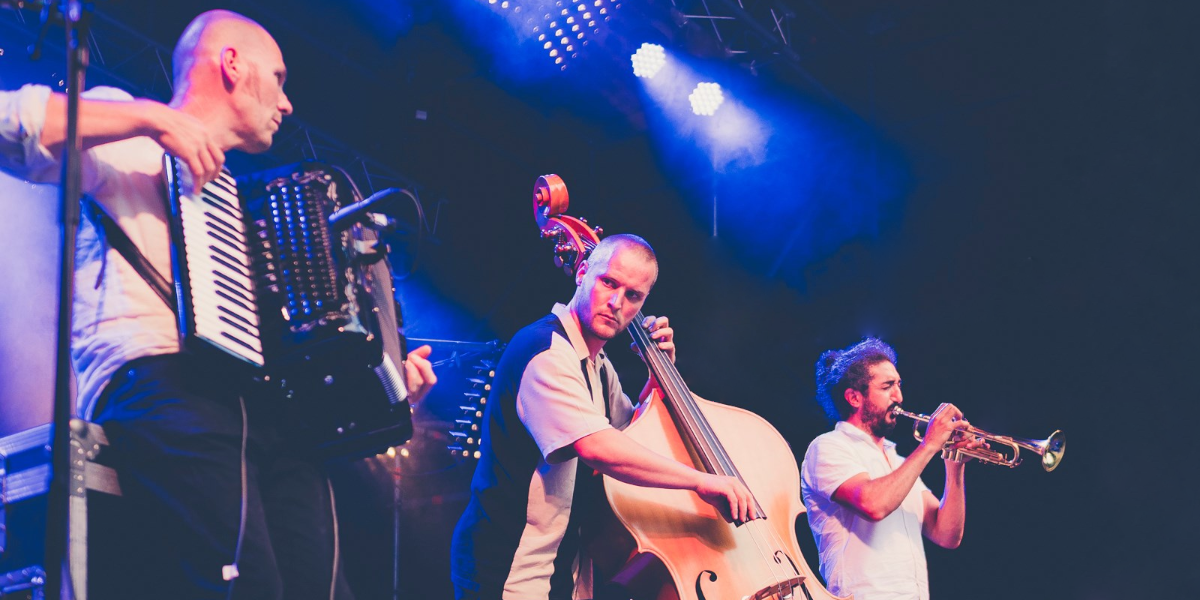 3’Ain, a new trio in which Yamen Martini, Otto Kint (upright basse) and Piet Maris, (accordion), join forces in 2015. In 2015 Yamen moved to Belgium from Syria. He met Piet, and they began working together on music for a 2016 theatre production. Piet invited Yamen as a guest musician to Jaune Toujours later on, as you can see on their latest album Europeana (2018). They asked Otto to join them in their musical exchange and form a new trio in the summer of 2019. Their name is based upon, which is the eighteenth Arabic letter, and one of the most difficult vowels for westerners to pronounce. It is commonly referred to in Arabic chat-and SMS-conversation with 3 and transliterated as “ain”, making it a fitting name for a trio that plays contemporary jazz and world with oriental influences. They like to name their pieces according to what they see while creating. They often see boats from all around the globe as they work in Ostend. Yamen also lives there. BZ-189 was one such boat. From www.choux.net