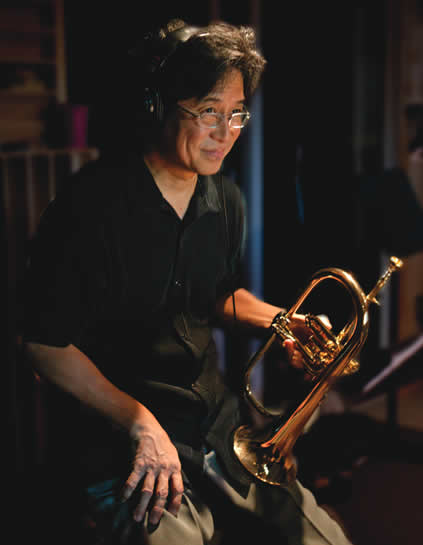 Tiger Okoshi, a versatile trumpeter, has performed both straight-ahead and fusion. Okoshi, a U.S. citizen since 1972, first became famous playing with Gary Burton. He also recorded with Bob Moses and George Russell’s Living Time Orchestra early in the ’90s. Okoshi was a regular recording leader for JVC. He also recorded Echoes of a Note (a Louis Armstrong tribute album) on which he modernized many Dixieland standards. In 1998, Color of Soil was released.