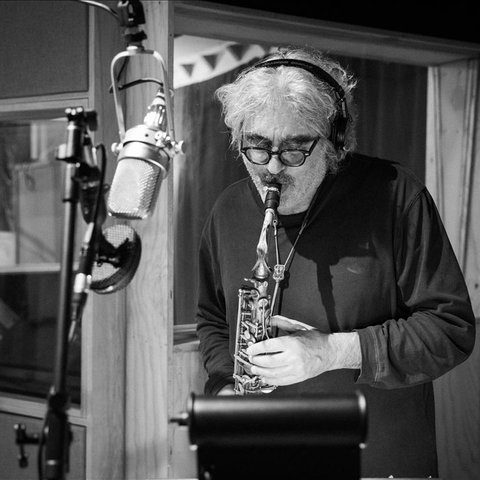 Search under “Hardcell” for Tim Berne’s Hardcell trio. For Tim Berne’s Science Friction search, search under “Science Friction”. For Broken Shadows search under “Broken Shadows”. Tim Berne, alto and baritone jazz saxophonists, composers and bandleader, has been an integral part of New York City’s creative music scene since the mid-’70s. He is known for his unique musical personality and a wide range of absorbing works. He was a mentor to many younger creative improvising musicians and was well-versed in the business of music. Berne’s ability to use this last attribute at crucial moments in his career has proved to be extremely useful as he created independent record labels to release his music to the public. Tim Berne is a unique musician who has never been afraid to record for major labels like Columbia, Screwgun and Empire, as well as an independent label such ECM. Berne was born in Syracuse in 1954 and bought his first alto-saxophone at Lewis and Clark College in Oregon. R is a fan.