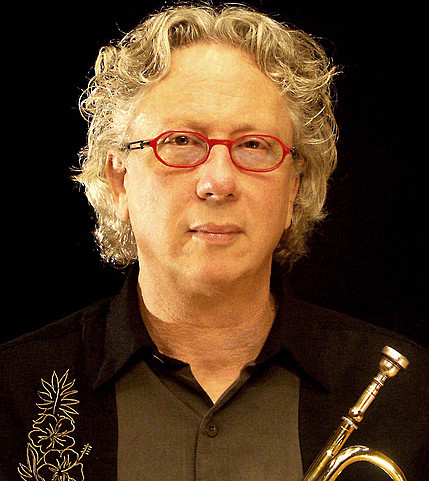 Tim Hagans, born August 19, 1954, is a jazz trumpeter. He was raised in Dayton, Ohio and played in school bands. Miles Davis, Herb Alpert, Slystone, and Blood, Sweat and Tears were his early influences. Hagans was in his twenties when he joined Woody Herman’s Isham Jones Band. After matriculation, Hagans was accepted at Bowling Green State University where he studied music education. Hagans decided to leave school after the summer 1974 in order to join Stan Kenton’s band. Hagans joined Herman in 1977 but left Kenton for only six weeks. After leaving Kenton, Hagans moved to Europe, where he settled in Malmo (Sweden), a center of European jazz. He played in Europe with Dexter Gordon and Kenny Drew as well as Thad Jones and Horace Parlan. Hagans returned to the United States in 1982 and taught music at the University of Cincinnati (1982-1984) and the Berklee College of Music (1984-1987). He moved to New York City in 1987. Text contributed by users is available under Creative Commons By–SA License. It may also be available under GNU FDL.