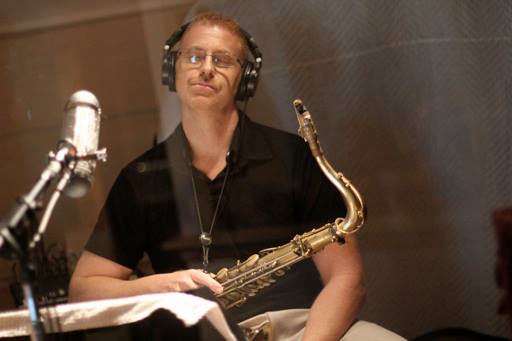 Tim Hegarty was raised in New Rochelle in New York. He started playing alto saxophone when he was 10. He switched to tenor at age 10 and was invited to play with jazz greats Art Farmer, Clark Terry and Jon Faddis. Frank Foster became his saxophone instructor. After performing solo with the Guggenhiem Concert Orchestra in Lincoln Center in 1984 he was offered the chance to learn clarinet from Ben Armato of the Metorpolitan Opera. He had the opportunity to study harmony and piano alongside James Williams and Harold Danko, as well as playing with the Gil Evans Orchestra. As a high school senior, he was awarded the “Presidential Scholar Jazz Award”, where Rufus Reid was the judge. Tim studied composition and woodwinds at the University of Miami in 1986. In 1989, he returned to New York City to study at the Manhattan School of Music. He was awarded the “Zoot Sims Award”, which enabled him to perform in Spain with his quartet, which included Brad Mehldau as pianist. Under the direction of Jimmy Heath, Donald Byrd, Tim earned his MA at Queens College where he studied composition, arranging, and saxophone. Tim was a member the Gil Evans Orchestra, which performed Monday nights at Sweet Basil. He also began playing regularly with the Mingus Big Band. After having recorded a CD with Mike Stern, he was able to travel the U.S. and perform in Japan. He recorded many CDs with Lonnie Plixico and started performing regularly with Ben E. King and Tom “Bones’ Malone. In 1992, he recorded his first CD with a band that featured Kenwood Dennard, Gil Goldstein and Mark Egan. Tim orchestrated and arranged many big band charts for Ben E. King in 2011. These were broadcast live from the Tokyo Jazz Festival. Tim was a leader on several gigs while touring Japan in the summer 2012 with Miyuki, his wife. He lives in Jersey City and has been playing regularly alongside drummer Winnard Harper. from www.timhegartymusic.com