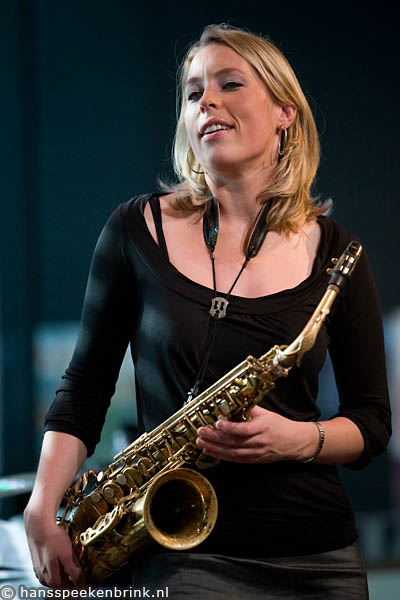 Tineke Postma, a jazzsaxophonist internationally recognized, is Tineke. She was a student at the Conservatory of Amsterdam and received two scholarships to the Manhattan School for Music. There, she was taught by Dick Oatts (David Liebman), Chris Potter, and Chris Potter. Tineke was named by The Evening Standard in 2009 as “One of the leading jazz women” Tineke was named by The Evening Standard in Britain as “One of the Leading Ladies in Jazz” in 2009. Tineke was awarded the prestigious Midem “International Jazz Revelation of the year Award” in France in 2006. Tineke is often accompanied by American musicians like Terri Lyne Carrington and Dianne Reeves. She performed at Carnegie Hall, New York in 2005. from http://www.vossjazzskule.no