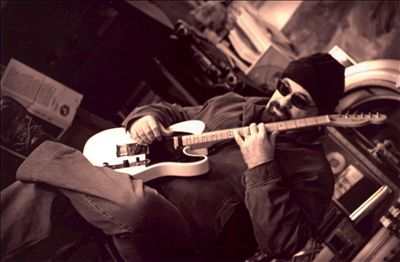 Tom Gavornik has over 40 years of experience in the fields of teacher, producer/arranger, composer, and jazz guitarist/composer. He is well-respected for his strong sales and radio exposure throughout the United States and Europe. Many music publications and radio personalities have given him high praise for his past albums. Our musical quest to find the leaders for a new movement must continue as we enter the new millennium. Many of the future Coltranes, McCartneys and others of the 21st century have yet to be born. There is no doubt that many of the leaders of this new era are still alive and active and have been productive over the past century. Tom Gavornik (recording artist) has been a trailblazer in Jazz guitar’s direction since the mid-1960s. Just Talking, his fifth recording, has made Mr. Gavornik a household name among jazz enthusiasts around the globe. Just Talking, Tom Gavornik’s most confident, relaxed and innovative recording, will make him the most sought-after composer and performer in modern Jazz. You can now slip the disc in, relax and enjoy the new era of American music. Tom, like many others, vividly recalls The Beatles’ arrival on the American music scene in February 1963. He was captivated by the simple melodies, harmonies and songs that were packaged into them. He resolved to save enough money for an electric guitar and to work hard to become a skilled player once he had it. Tom finally bought an electric guitar and used to carry it around with him to see other players. He was a maniac who drove many players crazy, standing in front of the stage holding his guitar and trying to learn the movements of other musicians. Tom enjoyed his trips to local shows and also studied rhythm guitar with a local teacher. He quickly learned that the emphasis on feel and composition was more important than flash and style. Tom began playing locally three to four nights per week as his playing improved. He became more interested in rock guitar after hearing the pioneers Eric Clapton and Jeff Beck bring their blues-infused music to the forefront. Tom met Jim Stringer, a guitarist who Tom described as “thirty-years ahead of his time”. He was inspired to move beyond the pentatonic scales which had dominated his playing and into new musical territory. TNT was an improvisational group Tom founded in 1969. The trio took the influences of the guitarists mentioned and combined them with jazzier instrumentalists such as Miles Davis, Wes Montgomery and George Benson. Tom continued to improve his skills and met Harry Leahey in 1973 as a mentor and teacher. Tom was encouraged by the new instructor to focus on his own compositions and not just learn the standards. His first original songs were compared to the progressive rock bands Yes and Deep Purple and provided a glimpse of the direction Tom would take later in his life. He believed in mastering and incorporating theories without relying on them for his original material. He was able quickly to develop his own style and look, which he continued to refine under the guidance of Harry Leahey. Tom believed music and composition were more important to him than his ability to perform. This is what has been a hallmark of his work. He was not afraid to write and execute difficult passages but he always kept his ultimate goal in mind, which is to communicate the song to the listener. Tom was determined to preserve and record his musical ideas for posterity. He recorded two LPs in the 1980’s: Songs of The Harvest (1981), and Finally Home (1983). These records were well-received by local and regional colleges in the Tri-State region. Tom became an established guitarist in New York City. He recorded and gigged hard throughout the 1980’s and, between 1985 and 1989, Tom created original material for his first album. Tom made a significant change in his professional and personal life with the release of Playgrounds. He spent the next two decades producing other artists and reflecting upon his own successes. He was able to release his inner demons and find comfort in his music career. He began to feel the urge to record and write as he collaborated with other musicians. “Aftermath”, the first song from Just Talking, was written in one session and captures all of Tom’s new energy. The title “Children of Promise”, the first single from Just Talking, has a comical feel and is an excellent example of how the guitar can be used as a vocal instrument when it’s in the hands of an intuitive, highly skilled player. The songs on the double CD are a reflection of what Tom believes, which is that music should only be about communication between artist and listener. Just Talking could be the most original Jazz release in the first half of the new millennium. It is an eclectic masterpiece and a great example of pure jazz at its highest level. Tom Gavornik is a truly eclectic musician. Gavornik has collaborated, studied, performed and recorded with a variety of musicians, including Phil Woods (Grammy Award winner), Harry Leahey, Eric Kloss and Gerry Mulligan to name a few. He believes Chuck Berry is just as relevant as Charles Ives. “Bird,” as well as Bach and Beethoven, is equally important. Aaron Copland is just as cool as Johnny Cash and John and Paul have the same place in popular music like Rodgers and Hammerstein. The most recent recording, “Flip It”, was recorded by and produced by Pete Cummings (Michael Hill’s Blues Mob and The Burt Conrad Allstars). Also, none other than Bernard “Pretty” Purdie provided the drums. Purdie has worked with Miles Davis and Steely Dan, Aretha Franklin and King Curtis. It is natural to wonder about the future of Jazz and the great masters who laid the foundations for it all. The only certainty is that Tom Gavornik will have his hands firmly on the wheel, and that the journey has just begun from www.thejazznetworkworldwide.com