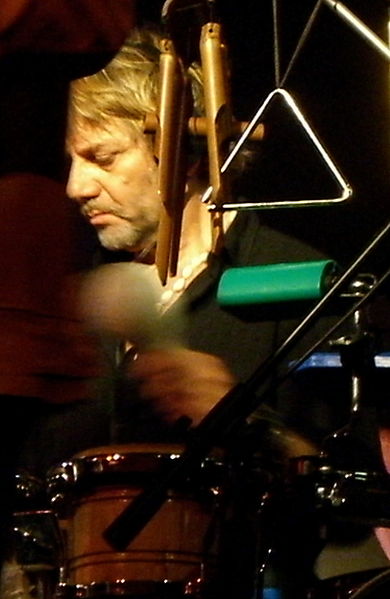 Antonio “Toni”, a Naples musician, is a regular guest on many 70’s albums made by artists from the city. He was a frequent guest on albums by neapolitan musicians like Edoardo Bennato (his brother, the folk-researcher Eugenio Bennato), Luciano Cilio, and Alan Sorrenti (on his three first albums), and then also featured on records by other Italian artists such as Francesco Guccini and Francesco De Gregori. He started his career as a drummer and grew into an innovative percussionist. He is well-known for using any type of home tool as a musical instrument in Italy. His solo albums are mostly jazz-rock-oriented and include Toni’s percussions. However, his production quality has declined in later records and is more commercial. from http://www.italianprog.com P.S. These are not the non-jazz albums of artists, which were released under “Tony Esposito”.