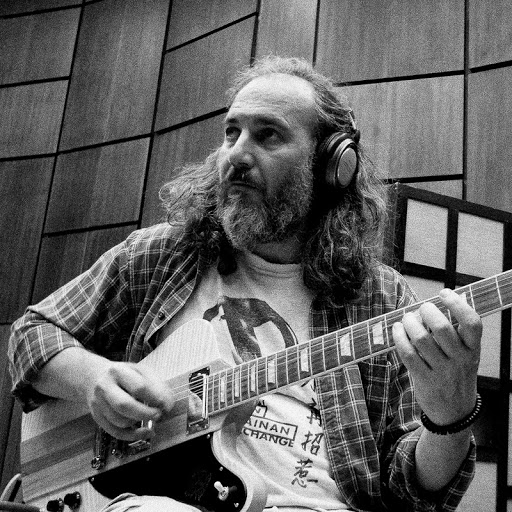 Toni is a guitarist, composer/arranger and bandleader. He also teaches. Toni’s music has a lot of African-centric elements. Perhaps because he was a soccer player with African exchange students in his community, and borrowed records from their vast collections after each game. Oscar Salas is the master percussionist behind all of his musical collaborations. His guitar playing is his most instinctive musical output. Berklee College of Music has rarely given him a full four-year tuition scholarship. His diverse musical tastes were well suited by the Boston music scene. Bluegrass and Delta Blues began to find their way into his life. Even more dramatic was the influence of Luciano Berrio’s lectures and seminars, and Georgy Ligethy’s exploration of Duke Ellingtons big-band style with Herb Pomeroy and Afro-Cuban rhythms. Giovanni Hidalgo has also had special studies in composition and arranging with Dennis Grilo. That was when Greg Hopkins and Greg Hopkins began to collaborate. They recorded and performed together for twelve years. Their musical friendship culminated in a joint performance with the Macedonian Symphony Orchestra, featuring original compositions they wrote especially for that occasion. Toni frequently cites Greg’s trumpet sound for being a major inspiration and guiding star in his compositional process. Performations, special projects, and tours with Balkan music legend Theodosi Spassov and Vinny Golia were some of the highlights. There were also invitations from Derek Trucks and Steve Bernstein’s Sex Mob for them to share the stage, as well as numerous appearances as guest artists. After ten years living in America, it was a challenge to return to Europe. Toni began playing with gypsies, whose brass bands have a similar tradition to first jazz marching group – rhythm clave, and instruments borrowed from military brass orchestras. The exotic sounds of Boston’s multi-cultural fabric, where traditional music from all parts of the globe can be found just around the corner, were replaced by the equally fascinating Balkan variety musical colours, based on rhythms and modes of antiquity and byzantium. Toni’s fascination with jazz and his love for the guitar began when he first heard recordings by Barney Kessell. It has been a rollercoaster ride for someone who has always been interested in comparative musical Anthropology – How the same rhythms, melodies can be found in completely different parts of the world. Toni Kitanovski, Chairman of Jazz Deprtment in GD University in Macedonia. from www.tonikitanovski.com