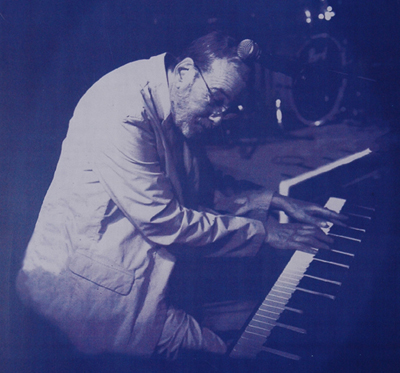 Edward Anthony “Tony”, Ashton, born March 1, 1946, and died May 28, 2001. He was an English rock keyboardist, pianist, singer, composer, producer, and artist. Ashton was born in Blackburn, Lancashire. He spent his childhood in Blackpool, a seaside town where his parents owned an upright piano. His mother took him to piano lessons as a child. Ashton joined a local rhythm guitar and piano group called The College Boys at the age 13 in 1959. Ashton was an accomplished pianist when he left school at 15 years old. In 1961 and 1962, he was a member of the jazz trio, The Tony Ashton Trio. He also played with John Laidlaw as drummer and Pete Shelton as bass player at the Picador Club in Blackpool. His roots are in soul, jazz, and blues, even though his work was born during the Beatles era. After performing with several Blackpool bands Ashton was invited by The Remo Four to be the organist and singer in their Liverpool group. They were the resident band at Hamburg’s Star Club for a while. Then, they went on a US tour with the Beatles. Although they recorded singles, their greatest work was when they released Smile in 1966. They backed George Harrison’s album Wonderwall before they split up in 1968. Ashton, Roy Dyke, bass player for Remo and Kim Gardner formed a new band at the end of 1960s. They were Ashton-Gardner-Dyke. Ashton composed all of their music. It was a mixture of R and jazz.